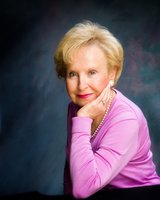 In the words of her late and beloved husband Warren M. Toltz, Ruth Yvette Toltz was strong of character, highly dedicated to the Jewish people, a doer. She had stamina, she was bold, and she was sharp.

She credited her drive and passion for life and Judaism to childhood upbringing. Ruth’s grandfather, Sam Weisbart, emigrated from Europe before the Holocaust and was able to earn enough money to later send for his wife and her two brothers. As a child Ruth overheard the whispering of relatives about those family members who were not able to leave Poland, all of whom perished. Thus, Ruth felt a deep connection to Holocaust victims and survivors. She often observed her grandfather and her parents serve the Jewish community through active roles in the synagogue and raising money for Jewish causes.

Ruth was the proud recipient of the 1988 Golda Meir Award from the Allied Jewish Federation (now JEWISHcolorado). She served on the board of directors for the Allied Jewish Federation, Dependable Cleaners, Beth Israel Hospital, the Council on Jewish Aging, and the Central Agency for Jewish Education, and she was a member of the Anti-Defamation League, the Denver Art Museum, the Denver Museum of Natural History (now Denver Museum of Nature and Science), and the Denver Zoo. She exemplified the powerful role a woman can play in both the Jewish community and the wider world, particularly notable for a woman of her generation. Ruth and Warren endowed the Ruth and Warren Toltz Young Leadership Award as a means to inspire generations to come.

Her wish for her family and community was to honor her legacy by being good people and doing good deeds, never ceasing to look for ways to help the less fortunate, valuing inclusivity, and treating one another with love and respect even when faced with conflict. She hoped for each of us to be a leader and role model. She instilled the value of education for personal enrichment as well as to better the world.

In sum, Ruth embodied tikkun olam - the healing of the world. “You are not obligated to complete the world,” wrote Ruth, “but neither are you free to abandon it. “