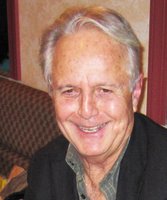 Howard Melvyn Siegman, born in Chicago on June 21, 1939, was the son of the Al Cooney Siegman (Chicago) and Ruth Goldzweig (Safad, Eretz Yisroel). Howard had been in excellent health when felled by a sudden cranial stroke Sunday morning (29) at his Colorado home. He passed early Monday (30) afternoon surrounded by his extended family. He was 80. A Sullivan High School northsider, Howard was a Sigma Alpha Mu fraternity student at the University of Illinois-Urbana, during the late 1950s, and graduated from Kendall College, Chicago. In 1964, at age 24, Howard participated in a six-month USA-Israel young adult program in the Holy Land, and stayed in Israel until early 1974. Living the kibbutz life for nearly four years, Howard joined the Israel Defense Forces, and eventually qualified for the 890th IDF Paratroop Battalion. Originally scheduled to return to the U.S. the day following Yom Kippur 1973, his departure was delayed nearly four months when Egypt attacked Israel that morning. His elite airborne force was immediately called into emergency action and sent to the Sinai to halt enemy forces, then maintain the cease-fire. Howard considered the IDF experience his pivotal life-shaping period. He participated in the Battalions 50th anniversary commemoration in Israel last year. Upon his return to the United States for the first time in a decade, Howard re-enrolled in college, earning an accounting degree and his CPA in little more than two years. The success of his boutique accounting office led him to a partnership with Gerber & Company, Century City, for whom he was still active while residing in Colorado. His specialty was Peer Reviews. Howard and Lilo Lang met on the tennis court in 1993. In addition to their dual passion for the court game, they were married in June 1994. Lilo, the mother of Lisa Taft (Alex) and Laura Elliott (Peter), and grandchildren Lily, Hank, Melissa, Matthew and Danica, passed away following an extended illness in the spring of 2018. Howard and Lilo moved their residence from Santa Monica, California to Golden Colorado five years ago to be near Lilo’s family. When away from his calculator, Howard’s joys were worldwide travel with Lilo, vicariously following his former hometown Chicago Cubs and Bears, Los Angeles Lakers and Dodgers, attending Colorado pro baseball and basketball games, and especially attending competitions and events involving his grandchildren. Howard was an avid member of Congregation Beth Evergreen and its choir (Colorado) and a regular attendee of the Congregation BMH-BJ (Denver, Colorado) and enjoyed singing in the choir. Howard is preceded in death by his mother, father and beloved Lilo. Howard is survived by: his older brother Joe Siegman (Los Angeles), and younger sister Mindy Siegman Gaynor (Washington, DC), nieces and nephews Laurie, Steven and Michael and his dear friend Laurel Alweil.