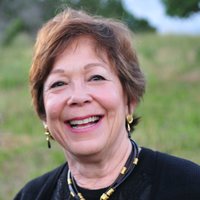 Lynda M. Goldstein passed away April 10, 2020, in Denver, Colorado, after a short illness. Lynda is survived by her three beloved children, Julie Ann Goldstein, of Boulder, Colorado, Jeffrey Sahm Goldstein, of Bow Mar, Colorado, and Leah Goldstein Mosimann, of Amherst, Massachusetts, and her five cherished grandchildren, Jared, Ezra, Lily/Ash, Ava, and Ariana. Lynda was born on October 17, 1942, in Washington, D.C., to the late Dr. Herman Mallinoff and Dora Sahm Mallinoff. Her childhood was spent in Washington with her brother, Dr. Stuart Mallinoff, who predeceased her. Lynda graduated from Tufts University and shortly thereafter married Richard C. Goldstein. After living in Hanover, NH, and Columbus, IN, they moved to Denver in 1967, where, over time, they welcomed their three children. Lynda was a lifelong learner, an avid traveler, and a community activist, deeply committed to the Jewish community and to supporting women and girls. She loved the arts and gardens, and she enjoyed any day spent in the mountains. Lynda was passionate about doing her part to make the world a better place. Lynda will be remembered for her generous spirit and exemplary leadership, with a keen interest in social justice. She served as Founder and President of the LMG Family Foundation and Founder and President of the Jewish Women’s Fund of Colorado. She also served on the Dean’s Council at the Harvard University Divinity School and the Advisory Board of the Women’s Studies in Religion Program at the Harvard Divinity School. In addition, Lynda acted as Director or Trustee for numerous charitable organizations, including the Anti-Defamation League, the Jewish Women’s Archive, the Girls Athletic Leadership School, and the Hadassah Foundation. A celebration of life service will be scheduled later this year. For those desiring to honor Lynda’s memory, please consider a donation either to American Jewish World Service (https://ajws.org/), whose work seeks to fight poverty and pursue justice in the developing world, or to an environmental organization of your choosing, in recognition of Lynda’s appreciation of the natural beauty found in the outdoors. The family extends its profound gratitude to Alberta Boateng, Asma Eltuhami, Thelma Osei, Vivian Peterson, and Yemi Tike, for their extraordinary professionalism, support, kindness, and care.