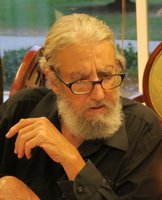 Craig Marshall Kadish April 26, 1954 - April 28, 2020 Our beloved Craig was born and grew up in Denver. He had a brilliant mind and even as a child, was always taking apart household appliances and putting them back together to figure out how things worked. He continued this inquiry throughout his life and enjoyed discussions about philosophy, religion, science, and literature. Craig graduated from the University of Colorado and went on to do post graduate work at San Francisco State. While in San Francisco, Craig was an activist for Fair Housing and Workers' Rights. Craig was also a chess champion; very few ever beat him in a match. Craig was a very kind and gentle soul; ready to help anyone at a moment's notice. In high school and college, Craig wrote term papers for friends and would occasionally even take their final exam. Craig befriended marginalized and oppressed people; those on the fringes because he felt solidarity and camaraderie with them. Craig was a fierce opponent against societal injustice. Family was important to Craig. He held vigil at the bedside of his grandmother, Shirley Shidler, and his beloved great aunt Ann Sperber Bloom as they passed away. With great sorrow, we return our angel back into the loving arms of his ancestors. Craig is survived by his mother, Marilyn (Shidler) Bolton and his Aunt Dov Baer (Shidler) Sclarow. (The family has requested Marilyn not be told of Craig’s passing.) Craig is also survived by his siblings Kenny (Elisa), Rona and Laurel Kadish. He has two nephews Joel, Harlan (Hilary) and great nephew Elijah. Craig is also survived by his six first cousins: Mike, Saundra, Greg Shidler, and Karyn (Shidler) Levin; and Kendra (Sclarow) Moise and Halden Sclarow. Halden and Craig had a very special bond. Craig was predeceased by his father, Harvey A. Kadish and loving step-father, Otto Bolton. The family extends loving appreciation to Craig’s wonderful friends, Marty Cohn and Wilbur. Private Graveside, Tuesday, May 5, 2020, 2pm. Service will be live-streamed on Periscope.com A private graveside will be Tuesday, 2:00pm A public livestream of the funeral will be available on the platform called: Periscope If you wish to view the funeral: 10 minutes before service time. 1. From a desktop computer or any internet browser, go to Periscope or www.pscp.tv http://www.pscp.tv a. In the upper left-hand corner of the webpage, there is a search bar where you will type: Craig Kadish Memorial Service 2. From a mobile device, you can either use an internet browser or you can download an app for Apple iOS or Android To set proper expectations: Connectivity is often limited in cemeteries. If you are not able to search and find the livestream, that means the connection was not established and the livestream is NOT available. We will have an audio recording of the funeral service available at a later date.