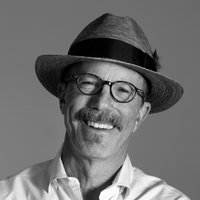 John Douglas Kayser, born in El Paso, Texas on November 28, 1959, passed away on May 3, 2020 in Denver, Colorado. He is survived by his partner, Ray Kelling of Littleton, Colorado; his brother, Bill Kayser of Las Cruces, New Mexico; his nephews Ian Kayser (Harper) of Clinton, Mississippi and Aaron Kayser of Santa Fe, New Mexico; his step-mother, Patricia Gevertz of El Paso, Texas; his step-brother Chuck Butterworth (Julie) of Dallas, Texas; his step-sister Cynthia Gallagher (Claiborne) of El Paso, Texas; numerous nieces and great-nieces, a great-nephew, beloved Ramsey and Kayser cousins; and his best friend, Laurie Schwartz Smith (Bobby). Johnny was preceded in death by his mother, Margaret Ramsey Kayser, and his father, Edgar William Kayser. Johnny was an experienced nonprofit communications leader in the Denver community having worked for Jewish Family Service of Colorado, American Water Works Association, and Water for People. His dedication to the mission of each of these organizations was passionate and unrivaled. Prior to 2005, Johnny was the director of marketing for Rothgerber Johnson & Lyons LLP. A lifelong Episcopalian, Johnny was an active and vital member of Church of the Ascension in Denver, where he served on the Vestry and as Co-Chair of the Outreach Committee, an usher, and a leader in fellowship and hospitality. In addition, he volunteered countless hours at Saint Francis Center helping to provide services to homeless men and women in Denver. If you knew Johnny, he was the most compassionate, positive, devoted, courageous, and selfless partner, son, brother, uncle, cousin, co-worker and best friend one could ever have; he lived life to the fullest and he will be dearly missed by all. Due to the current pandemic, a Celebration of Johnny’s Life will be held at a later time. If desired, contributions in Johnny’s memory can be directed to Church of the Ascension (600 Gilpin Street, Denver, Colorado 80218), Jewish Family Service of Colorado (3201 S Tamarac Drive, Denver, Colorado 80238), or Saint Francis Center (2323 Curtis Street, Denver, Colorado 80205).