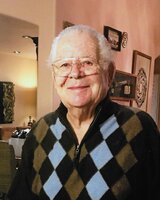 Donald John Adelman finished his life, and crossed over to the next one peacefully on October 6, 2021.

The son of Betty Mae Cohen (Adelman) and Colorado muralist Paschal Quackenbush, Don was affectionately known as ‘Quacky’ to his friends while growing up in North Denver. He was the quintessential salesman, working most of his life in the jewelry industry. He had a quick wit, and an endless repertoire of tall tales. He leaves behind Sheryl Adelman, his wife of 21 years, as well as her daughter Dana Gucuk (and Russell), and son Scott Weiner, three children from his first marriage, Stuart J. Adelman (and his wife Ellie), Lizabeth Adelman, and Elise Adelman, and Kitzi the cat, who will miss his lap.

Rest in peace Donny, and may you have bottomless bread baskets!