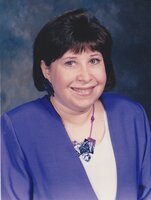 Joanie Epstein, age 66, of Castle Rock, CO, passed away on Friday July 15th.  She is survived by her beloved husband of thirty-nine years, Gary, sister Marjorie, and brother Joseph. She was the aunt of many amazing nephews and nieces. She was also ‘mom’ to her six beloved shelties.  Preceding her in death was her mother Evelyn and father Harvey Pless.

Joanie grew up outside of Philadelphia, PA, where she received her bachelor’s degree from Temple University. She then earned a master’s in Speech Pathology from Tulane University in New Orleans. After completing her education, she stayed in New Orleans to start her career providing speech services to school-age children.  It was here where she met her future husband. While living in New Orleans, Joanie enjoyed creating costumes to celebrate Mardi Gras, attending the Jazz and Heritage Festivals, and partaking in the Cajun and Creole cuisines.

Joanie and Gary moved to Melbourne, FL, where she continued as a speech and language pathologist.   Joanie and her husband enjoyed traveling, including fun trips to Hawaii and Alaska. Joanie was an enthusiastic bicycle rider, participating in many charity events.

Joanie and Gary then moved to southeast Michigan, where she enjoyed the folk music scene in Ann Arbor, the numerous street art shows, Detroit style pizza, and apple picking in the fall. It was here that she developed a passion for dog agility that continued for the rest of her life.  She developed many friendships while training and competing with her shelties Koa and Toonie.

Joanie’s final move brought her to Castle Rock, CO, where she enjoyed mountain drives, viewing wildlife, and visiting many of the nearby national parks. It was in Colorado where Joanie achieved the fulfillment of her agility passion, earning two AKC Master Agility Champion (MACh) titles and three Teacup Agility Champion (TACh) titles with Toonie, Casidhe, and Jasper. The pinnacle of her agility activity was when she and Toonie participated in the 2013 AKC Nationals in Tulsa, OK.  Joanie was much beloved by the Front-Range Agility community for her dedication and generosity. In addition to the dog agility events, Joanie and Casidhe would visit nursing homes to bring comfort and joy to ailing residents. Joanie was also actively involved with the Denver Dumb Friends League (animal shelter) as a volunteer.

Joanie was a fighter who had to overcome a lifetime of medical challenges. She refused to let these challenges keep her from living life to the fullest.  She will be dearly missed by her friends and family.

There will be a private memorial service for immediate family and close friends in July. A Celebration of Life in her honor will be held later in Castle Rock (more details will follow as plans are solidified).

In lieu of flowers, contributions in memory of Joanie can be made to JDRF—Juvenile Diabetes Research Foundation.