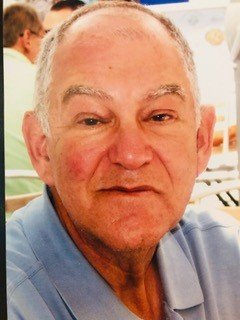 Stuart Zimmerman, 79, passed away peacefully on September 12th, in Denver, Colorado, surrounded by his loving family. He was a devoted and loving husband, father, grandfather, son, brother, uncle, cousin, friend, and business associate to many. His passing will be mourned not only by his immediate and extended family, but by the many people whose life he touched. Stuart was an inspiration to all who knew him – from the generations of family and friends, to the many facets of his professional life.

Stuart grew up in Saint Louis, Missouri and graduated from Ladue Horton Watkins High School (1959), and then from Lehigh University in Bethlehem, Pennsylvania (1963) with a degree in business. That same year, he married the love of his life and settled in Saint Louis, joining the family’s business, Cahokia Flour Company. He became CEO in 1976 after his father’s death and grew the business into an industry leader. He was a great innovator and motivator. With his leadership, progressive business practices, and work ethic, he proudly created an enterprising workplace that benefited so many in his Cahokia Family. Capping off a passionate and successful career, he retired shortly after Cahokia Flour sold in 1998. It gave him great pleasure and fulfilment to be highly involved with organizing school reunions, as well as being engaged with many professional and civic organizations including National Association of Flour Distributors (President), Young Presidents Organization, YPO International Board, World Presidents Organization, The Veiled Profit Organization, and as a founding member of Caring Solutions of Greater Saint Louis.

In 2004, Stuart and Kathy relocated to Colorado to join his daughter’s and son’s family there. He loved traveling around the world and devoted his time mentoring many aspiring businesses. He cherished sharing his love with a kaleidoscope of family, friends, friends of friends, etc., over a great meal, on the slopes of the Colorado mountains, at a 4th of July parade, and on the waters of the Florida Gulf Coast.  Nothing gave him more joy than the many grand experiences he was fortunate to share with his family and friends over the years.

The family would like to thank our “angels” who have taken such good care of Stuart over the last few years of his debilitating disease. Several celebrations of Stuart’s life are planned for 2021. In lieu of flowers, memorial donations may be made to Caring Solutions of Greater Saint Louis- https://caringsolutions.org