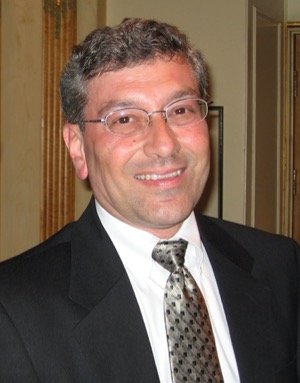 Victor Franklin Labson, 68, of Lakewood, Colorado and Reston, Virginia, died in his Lakewood home on November 1, 2020.  He was born in Washington, D.C. to Arnold and Dorothy (née Deskin) Labson, and relocated with his family to San Francisco, California, during his high school years. While still pursuing his Ph.D. in Engineering Geosciences from the University of California at Berkeley, he joined the U.S. Geological Survey (USGS) in 1977, relocating to the Denver, Colorado office in 1985.  A voracious reader and a man whose humility belied a probing intellect, he devoted his life to civil service in the name of science and was recognized for his collaborative approach and global vision. Vic will be remembered for his thoughtfulness, a wry sense of humor, his devotion to his family, and his dedication to fostering the careers of many colleagues at the USGS and around the world. He is survived by his wife of 41 years, Rebecka Snell Labson, and his children, Eva Labson and husband Kevin Blum; and Daniel Labson and wife Linsey Labson.

Vic’s career at the USGS spanned 43 years. In the first half of his career, he made great contributions first as a research scientist and subsequently as a science manager of a USGS research group that develops and applies geophysical techniques to map variations in the magnetic and electromagnetic properties of the Earth’s crust. He provided scientific expertise on globally important issues such as geologic hazards, water, energy, mineral resources, and the environment. As a science manager, Vic also fostered innovative, interdisciplinary collaboration among diverse groups of scientists.

In his last role at the USGS, Vic served as the Director of International Programs in Reston, Virginia.  In that capacity, he was the Survey’s principal advisor regarding international activities and scientific cooperation on a broad range of natural resource and natural hazard science projects. Vic’s leadership in this area greatly enhanced the scientific contributions of the USGS globally, and positively influenced the innovation of geological surveys worldwide. As stated in the condolences offered by his colleague Daniel Lebel, Director General of the Canadian Geological Survey “he was the quintessence and personification of soft science diplomacy.” Recently, Vic was the driving force behind a tri-lateral Canada-US-Australia collaborative research project on critical minerals and served on the Steering Committee of the new venture aimed at creating a world community of geological survey organizations.  In summary, as stated by Karen Senhadji, Director, Office of International Affairs, Office of the Secretary, U.S. Department of the Interior:

“Vic was passionate about the international mission of USGS, and an effective leader who navigated complex intra-agency and inter-agency challenges with patience, persistence, kindness and an excellent sense of humor”

In recognition of his passion for mentoring scientists, the family requests, in lieu of flowers, that donations be given to Advancing Science in America (ARCS) or the American Geophysical Union (AGU) Near Surface Geophysics Section Fund in memory of Dr. Victor Labson. Gifts made to AGU will support women scientists traveling to present their scientific work at the 2021 AGU Fall Meeting. Gifts can be made by visiting https://www.agu.org/Give-to-AGU/Giving  or through the mail: American Geophysical Union, 2000 Florida Ave NW, Washington DC 20009. Please note that your gift is for the Near Surface Geophysics Section Fund and in tribute to Victor Labson when making your gift online or by mail.