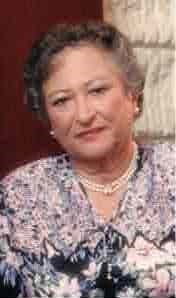 Miriam Jesse Ungar (née Aranov) of Boca Raton, Florida, born October 7, 1922, died peacefully on July 29, 2020. Miriam was predeceased by her husband of 44 years, Dr. Leo Ungar. Miriam met Leo at her uncle’s dental office where he was the new dentist and she was his assistant. They married and moved to Lake Hiawatha, N.J. and raised four children. Miriam was involved in many community activities including scouts, PTA, USY, and sisterhood president at her synagogue. Most importantly, she was a proud and a devoted leader of Hadassah where she served as chapter president and mentor to many younger groups and was awarded their Woman of Valor honor. Miriam’s love of Israel was immense, and she traveled many times to visit her parents and brothers who emigrated to Israel. Her last trip there was at the age of 89 with her granddaughter Samara.

Miriam’s devotion to family was paramount to her, and she made a beautiful Jewish home where all were welcome. Her cooking was legendary, and she sometimes prepared several entrees to appease everyone. No one ever left Miriam’s table hungry, and there was always room for one more.

Miriam’s children were equally devoted to her. They ensured her needs were met, especially these last few years in her assisted living facility in Boca Raton, Fla. Miriam was the matriarch of a large extended family and will be missed by many cousins and family friends, but most of all by her children: Carol Karp, Judith Kravitz, Martin (Susan) Ungar and Rachelle (Loren Finkelstein) Toltz. She leaves behind five granddaughters, all of whom she was immensely proud: Shari Karp, Alyssa (Steve) Ebinger, Samara Ungar, and Allison and Leigh Toltz. Miriam was blessed with three great grandsons: Brady Karp, Leo, and Jonathan Ebinger.