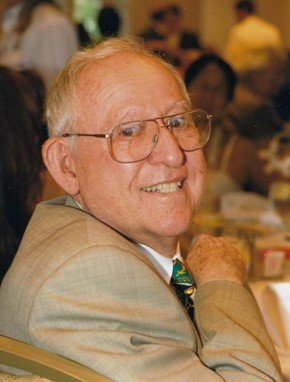 Irwin Hoffman was born February 5, 1932, at Independence, Iowa, to Morris and Margaret ( Goldfarb)  Hoffman.  His love of tennis began early after he found his mother’s old tennis racket, which he strung with twine. He went on to win the Colorado State Tennis Championship in doubles and was runner-up in singles. Upon graduation from East High School in 1949, Irwin was awarded a tennis scholarship to the University of Denver, where he played on its championship team and joined the Air Force ROTC. He graduated in 1953 with a degree in mathematics and physics, and by 1971 returned to DU to earn a PhD in mathematics education.

The Air Force sent him to UCLA to study meteorology and then to Honolulu and Eniwetok Atoll as the Korean War began. While at Eniwetok, he taught mathematics, forecasted the weather, and played tennis for the Air Force team.

Returning to Denver in 1957, Hoffman became the tennis pro at Green Gables Country Club, where he remained for decades. He taught a succession of young players, many of whom became Colorado champions, often on his home tennis court surrounded by his wife Jacquie’s flower beds and rose gardens. In 2004 he was inducted into the Colorado Tennis Hall of Fame and in 2017, he was received the coveted JCC Denver Sports Hall of Fame.

In 1958 Hoffman began teaching mathematics in Denver and then, in 1960, at the new George Washington High School. With the help of a neighbor, he began informally teaching the Fortran programming language to students. This became so popular that the school soon permitted Hoffman to create a credit course in computer mathematics, perhaps the first such program in the country.

A sought-after speaker at conferences throughout the nation, he excited many teachers with the potential of computers to enhance mathematics learning. Hoffman was the Colorado Teacher of the  Year 1982-83 for his work with the computer curriculum. Ronald Reagan presented him with the Presidential Award for Excellence in the Teaching of Mathematics at a White House ceremony in 1983. Additionally, as a result of his development of the carpool program, President Nixon sent Irwin a personal letter of congratulations, as well as a folded United States flag from the Environmental Protection Agency.

Due to the Corona virus, a family-only ceremony will be held Monday, 1:00pm. A Public LiveStream is availabe on Feldman Mortuary's YouTube Channel.

A Celebration of Life will be held at the Jewish Community Center when it is safe for large gatherings.

In lieu of flowers, the family asks that donations be made to the Irwin and Jacquie Hoffman Tennis Scholarship Fund at the James Swiggart Tennis Center at the Jewish Community Center at Denver, Colorado to be used for the development of promising student athletes who are inspired to excel.