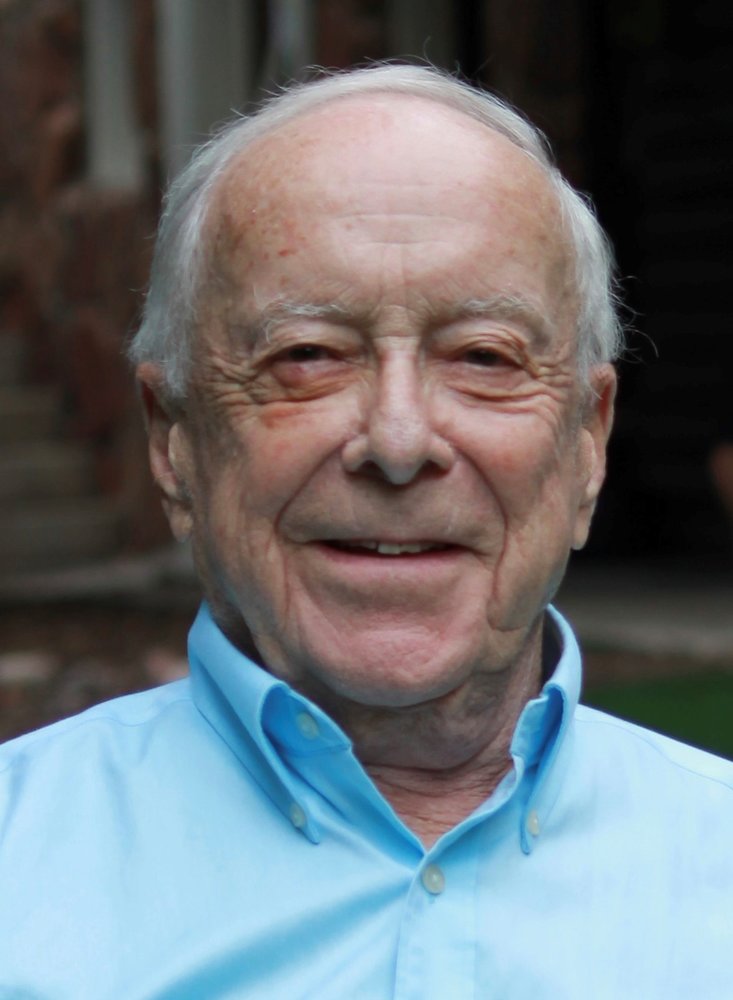 Born June 25, 1925 in Denver Colorado to Charles and Fan Diner; Eddie was a proud graduate of Teller Elementary; Gove Junior High; East High School; and the University of Colorado.

Ed was a lifetime member of Temple Emanuel, having been confirmed there in 1940.

He served on the board of Temple Emanuel, as well as being a president of the Boulder chapter of Zeta Beta Tau fraternity.

Eddie served in the US Navy in the Pacific theater in World War II where he was a radio operator on an LST amphibious landing ship, which was used for direct beach landings.

He served briefly in China assisting in the setup of forward radio operations for an alliance of the US and  Chinese governments, before being honorably discharged, returning to civilian life.

After the 6 best years of his life at the University of Colorado, the GI Bill ran out, and Ed had to get a job. He started his professional career as a purchasing manager for Jefferson County, before eventually landing a job with the prestigious, Los Angeles based, manufacturers rep firm, of Lynn and Brooks. Ed eventually returned to Denver to start his own business with his father in law Robert Leopold. They purchased an existing business from Hersch Lackner, and Leopold and Diner was formed. This was the first iteration, of a successful business, that Ed actively led, for almost 60 years, until he retired at age 92.

Ed was introduced to Jeanne Leopold by his mother’s friend Ann Lamert, and during an exciting Rose Bowl weekend in Los Angeles, where Jeanne was attending college at UCLA, Ed proposed to Jeanne. They were married at Green Gables the following spring. They were married for 64 years. Ed was preceded in death by Jeanne who passed away in 2018.

Ed was a proud and loyal fan of the Colorado Buffs and all Denver teams, especially the Denver Broncos. Ed was an original season ticket holder for the Broncos from their first season in 1960. In 1967 when Denver was in danger of losing the Broncos to competing cities, with larger facilities; Ed was a leader in a citizens group named “The DOERS”, who raised money from businesses and individuals to support a bond issue; to expand old “Denver Bears Stadium”;  into a more modern, larger facility, that could handle the rising popularity of professional football. The money was raised; with Ed heading up corporate contributions; a new bond issue was passed; and Mile High Stadium was born with the addition of the massive upper deck; and the Phipps brothers who owned the Broncos, agreed to keep the team in Denver.

Contributions to Academy for Precision Learning at www.aplschool.org or Temple Emanuel;