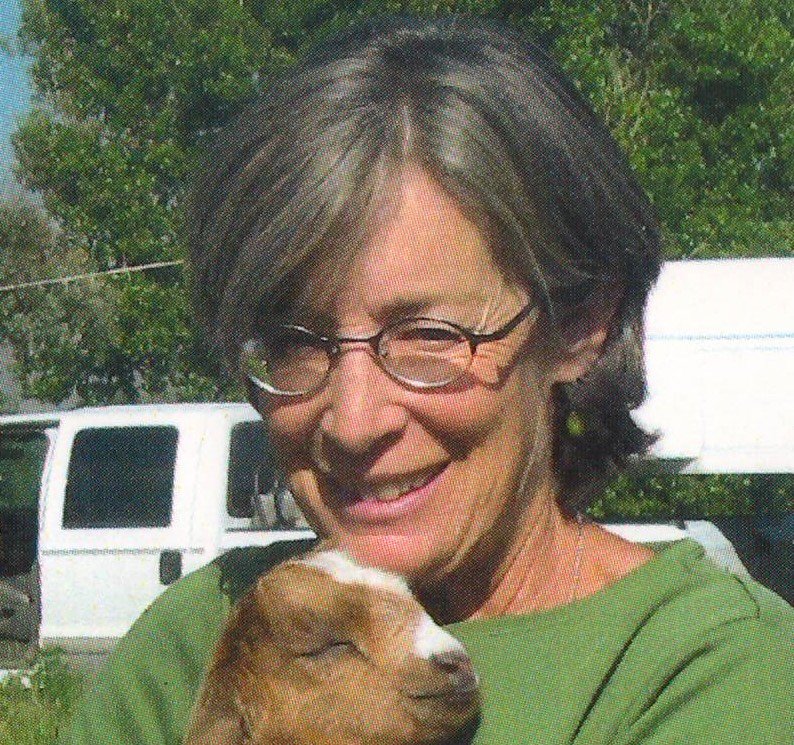 Gayle graduated from the University of Colorado with a B.A. in Psychology and earned a Masters in Special Education at the University of Denver in addition to a Masters in Landscape Horticulture at The Ohio State University. She was a Special Education teacher in the Denver public schools, and then in the Fairfax County Virginia and Franklin County Ohio public schools throughout the time she and David lived in Alexandria, Virginia, White Plains, New York and Columbus, Ohio during the period 1967 to 1977. After returning to Denver, until 1983 among other pursuits she worked at various plant nurseries as a gardener, as an independent landscape designer, and then as a horticulture instructor at the Aurora Vocational Tech School. In 1983 she began work at the Denver Botanic Gardens for a period of 10 years where she was Director of Plant Collections. In the following years she served as Director of Education at Bernheim Arboretum and Research Forest in Louisville, Kentucky and was an Adjunct Professor in the University of Colorado School of Architecture and Planning for the subjects of Landscape Ecology, Plant Identification, and Plants and Design. She ended her professional career in 2012, after 10 years of serving as Manager of the Denver Parks and Recreation Natural Areas Program.

While at the Botanic Gardens she developed a planting scheme for the Laura Smith Plains Garden. Using native sand for it she soon learned that it brought in weeds. So one evening, to eliminate them, with a co-worker, she burned the garden to mimic wildfires that occur in the grasslands. It is a practice the Gardens now follows every two years or so. In a recent book about the Gardens, Gayle is recognized as being ahead of the time using this approach. Fifteen years later she did the same thing to the prairie garden she planted in the yard of her home.

Some of the many things that distinguished her included the foresight to use a herd of goats to control invasive weeds by eating them for a program that she initiated as part of the Denver Natural Areas Program, which was done along the Platte River as well as in Babi Yar, Bible, and Hentzell parks, among other areas.

Gayle had an exceptionally vast knowledge about plants and was an expert in their identification. By looking at the shapes of trees, shrubs and the stems, leaves, or other foliage she could easily tell you the plant species (by Latin and common names). She is the author of numerous published articles about plants as well as three books titled Woody Ornamentals for the Midwest, Xeriscape Handbook, and All About Dry Climate Gardening in addition to being a contributing author to Xeriscape Plant Guide.

She was a strong advocate of and dedicated to conservation and preservation of the environment, including the use of plants for landscaping native to plant hardiness zones and the geographic area where planted. She was the recipient of an Award of Merit by a collaboration of Denver Botanic Gardens, Colorado State University, and professional horticulturists in gratitude for her vision and contributions to creating Plant Select® the country’s leading brand of plants designed to thrive in high plains and intermountain regions. In addition, she received a Special Merit Award from the Colorado Native Plant Society in recognition of her outstanding effort on behalf of the Colorado native flora. Additional recognition of her abilities and talent was receipt of a Merit Award by the American Society of Landscape Architects for her design at the 1992 Ameriflora international horticultural exhibition in Columbus, Ohio that attracted more than 5.5 million visitors.

Other beneficiaries of her extraordinary knowledge included Lady Bird Johnson, in connection with the Lady Bird Johnson Wildflower Center in Austin, Texas - who had her as a dinner and overnight guest at the LBJ Ranch. Also, attendees of a conference in Madrid, Spain, where she spoke on the subject of dryland/low water use plants in landscapes.

Gayle loved looking at the sky always associating cloud shapes with whatever she thought they looked like including whales, birds, and always plants. And regarding her never-ending interest in plants, she visited local botanic gardens and arboretums wherever she could find one in her world travel that included more than 45 countries.

Gayle’s strength, determination, and commitment to things that she believed were an inspiration to multitudes. Her unlimited love for David, her children, grandchildren, and siblings as well as quest for knowledge was exceptional. She was kind, compassionate, and always thoughtful of others.

Everyday look at clouds in the sky and remember Gayle. Plant a tree or shrub in memory of her.

There will be a memorial service for Gayle next year - to be announced.