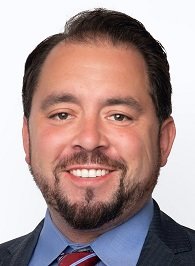 Jason Alexander Howe, 33, died unexpectedly January 6, 2021, at the family home in Winter Park, CO. He was born March 12th 1987, in Denver, CO, the son of Timothy J. Howe and Alyse E. (Zelinger) Ware. Jason graduated from Arizona State University with a B.S., and the University of Denver with a M.B.A. Jason proposed to his sweetheart, Ellen Fobes, and they recently settled in Denver, CO. Jason was the Senior Vice President at SVN Commercial Real Estate. Professionally, Jason had an acute business acumen and was able to spot a deal where no one else could. He was a loyal member of the JCC. Jason was predeceased by grandparents Dr. Patrick and Betty Howe. Surviving, in addition to his parents, Timothy Howe (Barbara) and Alyse Ware (Ron), are his grandparents, Jack and Diane Zelinger, brother and sister, David Howe (Tara) and Danielle Howe (Christopher), niece Madelyn Howe, and Jason’s fiancee, Ellen Fobes. Jason’s family and friends remember him as a deeply compassionate, loyal, and sensitive person. Jason always had a heart of gold and positively touched every person he met. He was selfless and had the ability to connect with anyone organically. Jason had an aptitude for connecting to people on a personal level, too. Jason enjoyed all forms of sports, especially baseball, football, basketball, golf, poker, skiing, and anything involving competition. Jason especially loved to bring people together. He made it his life’s mission to improve the lives of his beloved family members. A private family service of remembrance will be held Tuesday, Jan. 12th, 11:45 a.m. at Emanuel Cemetery and can be seen on Feldman Mortuary's YouTube Channel. Service conducted by Rabbi Joseph Black and Rabbi Steven Foster. Pallbearers will include David Howe, Christopher Villalonga, Michael Howe, Joseph Howe, Tonna Shanks, Steven Zelinger, Aaron Zelinger, Dominic Anselmo, and Sam Howe. Those who wish to remember Jason in a special way may make gifts in his memory to the following GoFundMe page: https://gofundme.com/f/in-memory-of-jason-howe. All donations made will be applied to charitable organizations dedicated to youth sports in Colorado.

11:45 am
Not Given
Address not given
Not Given, Colorado, United States