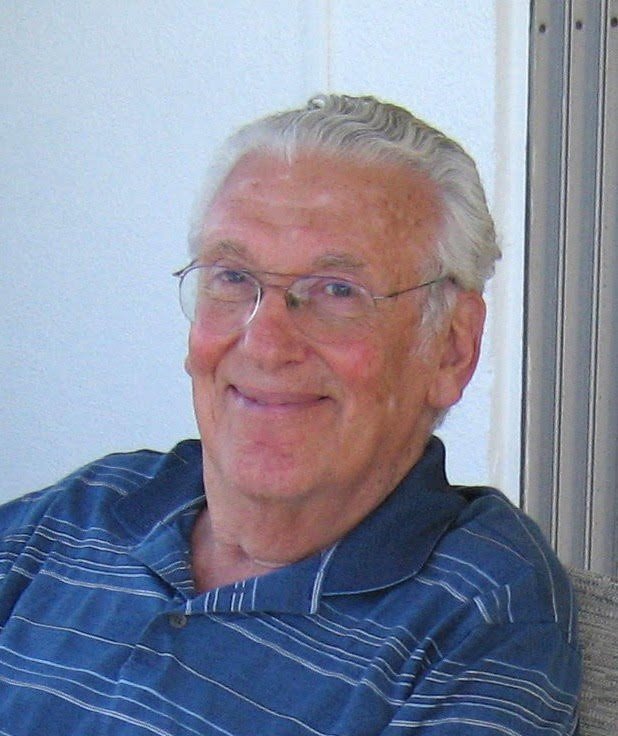 Norman will be remembered for his contentment, humility, and decency; his wry, self-deprecating sense of humor; and his deep sense of love for and duty to his family and country. He was unconventional—a theoretical physicist who spent his vacations writing equations on legal pads and mowing his lawn in meandering circles. But he was at heart a people person; his friendships and relationships were what mattered most to him. Through the end of his life, he recalled stories from his childhood and tales of relatives and Navy friends as if they had occurred only the day before. His students remember him as both a mentor and a friend. Norman’s greatest love was his wife of 73 years, Beverly Cohen, whom he met on New Year’s Day, 77 years ago and with whom he loved to play bridge and travel. Norman once told Beverly, “Honey, the only thing I think about besides physics is you.”

Norman attended Number 8 Grade School and Benjamin Franklin High School in Rochester, and he graduated from the University of Rochester in 1946 with a BA and in 1952 with a PhD, both in physics. He was a strong swimmer and in his youth played semi-professional football and snuck away from home to wrestle in exhibition. He joined the Navy in June 1944 and served in the Pacific and New Orleans as an electronics technician’s mate on a repair ship, the USS Tutuila. The GI Bill enabled him to complete his education after the war. Later, he would remember his years as a postdoctoral fellow at Indiana University as extremely productive ones. During that time, he taught quantum mechanics and routinely stayed up through 2 AM, working on the design of particle accelerators and the many-body problem.

In 1955, he began his thirty-nine-year career at the Knolls Atomic Power Laboratory (KAPL) in Schenectady, NY, interrupted only by one year spent as a visiting professor at MIT. A former colleague described him as a lyrical physicist. Claiming that his job never felt like work, he derived a great sense of satisfaction from helping design the propulsion systems that powered submarines with nuclear energy. His role was to analyze nuclear data and develop new methods for improving the submarines’ efficiency and preventing accidents. His colleagues were a close-knit, congenial group who worked with a shared purpose, and he was a beloved mentor to many. Beginning in 1960, while still at KAPL, Norman was an adjunct professor at RPI, and he continued in this role until he was in his late 80s. As a fellow of the American Nuclear Society, he helped organize its national topical meetings and published in the conference proceedings as well as in Nuclear Science and Engineering.

Norman served on the board of Congregation Gates of Heaven in Schenectady for seventeen years and headed its Historical Records Committee. As congregational secretary, he brought a tape recorder to meetings, and Beverly wrote up the minutes. Four years ago, Norman and Beverly moved to Denver to be near family.

Norman was selfless and generous to a fault. As a dishwasher working his way through college, he was promoted to making desserts but immediately demoted because his servings were too generous. Similarly, when a woman wanted to buy a car that was a lemon, Norman refused to sell it to her because she wouldn’t be able to afford the repairs. Norman never bragged about his intellectual prowess; instead, he expressed it through teaching. He inspired a love of science in his offspring by doing simple experiments with them. When he visited grandchildren, he always packed material for several demonstrations, no matter how much space it took up in his luggage. But he never pushed his interests or beliefs on anyone, and his deep love of his family was truly unconditional.

Norman’s rock-steady, calm and content personality was coupled with a strong sense of optimism. To the end, he found great joy in life. Every meal was “the best I’ve ever had!” He could often be found wearing a white floppy hat, working in his garden, and humming the song “Happy Days are Here Again.” Norman was beloved by his whole extended family and is survived by Beverly, as well as his daughters and sons-in-law Cynthia (Cindy) & Joe Gensheimer, Karen & Dave Maher, and Martha & Mark Fischer; grandchildren Michael Gensheimer (Eunpi Cho), Lydia (Jeff) Hoffman, Juliana Gensheimer, Sarah (Jacob) Pecor, Charles Maher, Jacob Fischer, and Gregory Fischer; and five great-grandchildren. In lieu of flowers, please make a contribution to Congregation Gates of Heaven in Schenectady, or to the Norman C. Francis Award, Rensselaer Polytechnic Institute