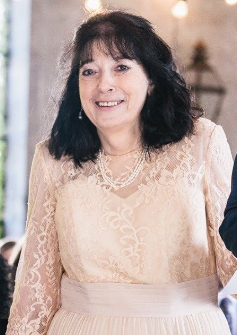 Idette Helene Hunt, loving wife and mother, died at the age of 68 on May 1, 2021 after a courageous battle with cancer.

A Colorado native, Idette grew up in Park Hill as the only child of Ben and Mary Rubin. While their family was small, she spent every weekend at her grandmother’s house “on Bellaire” with her cousins, whom she loved as siblings. In the early 1960s, they moved to a brand new house in southeast Denver, where she enjoyed watching her father make “improvements” to the yard and anything else that could be gadgeted.

She graduated from George Washington High School in 1970. After, she went on to Mesa State College, where she picked up the nickname Ruby, coined by a close group of friends who she remained tight with for over 50 years. “Ruby” then attended the University of Northern Colorado, where she received her Bachelor’s degree in Special Education. She would go on to put that to use in several jobs, helping children from all walks of life achieve their potential.

In 1979 she started work as a CPA’s assistant at Miller and McCollom CPAs, where she met Larry Hunt, who she started dating. The first time she introduced Larry to her parents she said, “he’s the one that looks like Captain Kangaroo.” She left the CPA firm in 1981, and married Larry on April 24, 1982.

She and Larry settled down in Littleton, Colorado along with their son Bryan who was born in 1987. The three of them loved traveling, especially their yearly vacation to Las Vegas back when it was “family friendly.” Idette and Larry continued this annual tradition for 41 years, spending most of their time at the pool. Idette would get up at 6am to stand in a two hour line, usually being the first or second guest inside to secure her favorite spot across from the Mirage pool waterfall. Later in life, Larry and Idette traveled around the world, enjoying cruises with their close friends, and visiting their son Bryan in New York City.

Idette is survived by her husband, Larry, and her son Bryan and his wife Victoria.

A private graveside service will take place Thursday, May 6 at 11:45AM, a public livestream will be available on Feldman Mortuary’s YouTube Channel by clicking here at the time of the service- Feldman Mortuary - YouTube

In lieu of flowers, donations can be made in Idette’s honor to Children’s Hospital Colorado Foundation.

Share Your Memory of
Idette
Upload Your Memory View All Memories
Be the first to upload a memory!