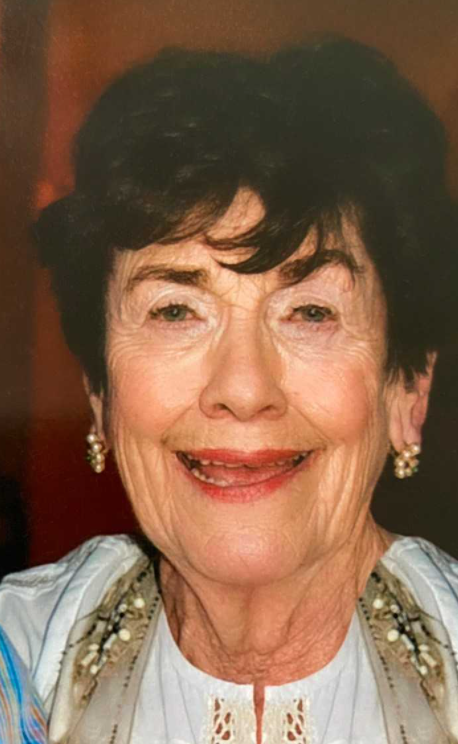 Judith “Judy” Cohen, 85, passed away on Tuesday, May 18, 2021, surrounded by her loving husband and three daughters. A native of Denver, Colorado, Judy will be remembered foremost for her deep love of children and her family. Judy was born in Denver in 1936 to Lillian and Isadore Fine. She was the youngest child and had three older brothers: Robert, Louis, and Arthur "Art" Fine. Her father died when she was young, and Lillian later remarried, to Mayer Monsky. Judy was very close with her brothers, Louis and Arthur, and all three of her brothers preceded her in death. A child of Denver’s East Side, Judy graduated from Denver East High School and briefly moved away from Colorado to attend Wellesley College, where she majored in English and Education, and graduated Magna Cum Laude. Judy was awarded the Boettcher Scholarship as a high school senior, but elected to attend Wellesley instead. At age 14, she met her future husband, Harvey Cohen, the son of Benjamin and Rose Cohen, at a mixer for Jewish youth in Denver. While attending college in separate states -- she in Massachusetts, Harvey at the University of Colorado School of Medicine -- the two corresponded frequently by writing letters, and began dating seriously upon Judy's return to Denver. They were married at the Hebrew Educational Alliance in 1956 and their families were thrilled at the union, which bridged the East and West Sides of Denver. Judy was a talented and committed teacher. While raising her daughters, she went back to school, earned a graduate degree in Education, and became an elementary school reading specialist in the Denver Metro area. Those who taught with her say that her caring manner and vast knowledge were gifts to her students' progress and self-esteem. She was wonderful with children and with her peers, and was especially gracious with younger teachers, helping them establish themselves in the school and community. Even after Judy retired, she never stopped teaching and learning. She volunteered in many classrooms in Denver and Boulder, including in her daughter Marilyn’s elementary school art classes. Judy was incredibly creative and loved art, serving as a docent at the Denver Art Museum after her retirement. She was a central fixture in Denver's Jewish community throughout her life, as she and Harvey were founding members of the Denver Reconstructionist congregation, which later evolved into B'Nai Havurah. She was a lifelong learner who read avidly and, most recently, enjoyed many Olli courses at the University of Denver. She also loved connecting with her friends in water aerobics classes at the Jewish Community Center. Judy was a loving mother to her three daughters: Ilene, Marilyn, and Linda. Judy and Harvey started their family while Harvey was still finishing his obstetrics residencies, with Ilene being born in Bismarck, North Dakota and Marilyn in Brooklyn, New York, but the family eventuallysettled permanently in Denver, where Linda was born. The three daughters were immersed in Denver's Jewish community -- bat mitzvahed at B’Nai Havurah -- and they all attended Cherry Creek High School. Judy’s daughters built their lives close to their parents; each woman married and had children in Colorado. Ilene and her husband, Mark, raised three children -- Rebecca, Joe, and Sophie -- in Denver, while Marilyn and her husband, Galen, and Linda and her husband, Alex, raised their children -- Max and Isabelle, and Ilana and Eli, respectively -- in Boulder. Perhaps Judy’s greatest joy was being a grandmother, and she was an exceptional one. Being with and caring for her grandchildren was one of her most treasured roles, and Judy gave new meaning to the notion of unconditional love. When her first grandchild was born, she insisted she was too young to be called “Bubbie,” so her grandchildren first called her "Dudu," and then Judy. She never missed a soccer game, school play, debate tournament, dance recital, or graduation, and was a true grandmother to an extended network of her grandkids' closest friends. She was her own grandkids' ultimate confidant and advocate, always knowing everything going on in their lives, and was a mentor and best friend to each grandchild until her last day on this earth. Judy is survived by her husband, Harvey Cohen, and her three daughters, three sons-in-law, seven grandchildren, and loving dog Winston Service 1pm, Thursday, May 20th at Feldman Mortuary's Chapel followed by burial at Golden Hill Cemetery. Public livestream on Feldman Mortuary's YouTube Channel by clicking here at the time of the service- Feldman Mortuary - YouTube . Donations to Colorado I Have A Dream Foundation