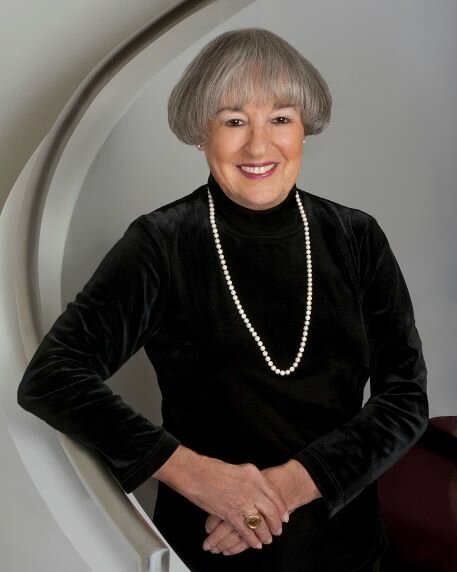 Born in Brooklyn, New York on November 13, 1932, Ellie was a graduate of Mount Holyoke College and the University of Wisconsin where she earned a master’s degree in speech pathology. She earned a doctoral degree in Lifelong Education from the University of Northern Colorado and honorary Doctorates of Letters from St. Mary-of-the-Woods College and The Professional School of Psychology.

Throughout her life, Ellie was a champion of women’s and civil rights. She was proud of her work on the team that brought Dr. Martin Luther King, Jr. to Littleton in 1964 and she helped create Colorado’s Fair Housing Laws in the 1960’s. She was an innovator in adult education with the founding of University Without Walls at Loretto Heights College. Ellie served in leadership roles for the Mountain and Plains Region of the Council for Adult and Experiential Learning (CAEL), US WEST’s Pathways to the Future, and the Mountain and Plains Partnership (MAPP) at the University of Colorado Health Sciences Center. Some of these programs brought higher education into Colorado prisons, Navajo reservations and western rural communities.

Ellie authored nine books on women’s education and aging and led a series of Feminist Luncheons featuring female authors from Colorado. In early 2022, Over, Under, Around and Through co-authored by Jill S. Tietjen will be published. Ellie was a board member on many non-profit boards and commissions including the Colorado Judicial Institute where she initiated the “Our Courts Colorado” program.

Ellie was the recipient of numerous awards including Citizen of the Year-Omega Psi Phi, Woman of the Decade-Littleton Newspapers, Minoru Yasui Community Volunteer Award, Woman Leader of Excellence, Girl Scouts Woman of Distinction, Civis Princeps-Regis University, Elizabeth Kennan Education Award-Mount Holyoke College, and the Dr. Martin Luther King, Jr. Distinguished Service Award. She was a member of the Colorado and International Women’s Forums and an inductee of the Colorado Women’s Hall of Fame.

Ellie was a lifelong activist and used her leadership talents to improve the community and the broader world. Her published work is archived at the Littleton Historical Museum and Regis University.

Ellie’s breadth of knowledge, passion and energy have touched the hearts of many friends and colleagues.

9:45 am
Emanuel Cemetery
Address not given
Not Given, Colorado, United States