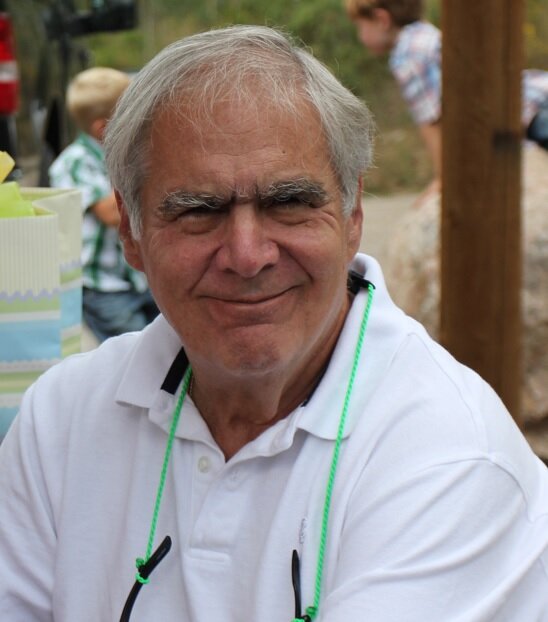 Michael Robert Deutschman, born May 4, 1945 in Washington, DC, died peacefully as the sun was rising on Sunday, September 19 with his family at his side. He was 76 years old. Michael was brilliant, graduating from high school at the early age of 16. He graduated Phi Beta Kappa from University of Maryland and received a law degree from Columbia University with Honors, where he met the love of his life, Lynn Stemple. The two were married for 53 years. Michael began his career at Weinberg & Green in Baltimore, Maryland, where he specialized in real estate law. In 1970, Michael helped build Diversified Investments, a successful real estate development firm in Baltimore. He was a lead partner for 25 years. Michael and Lynn became parents to Scott Benjamin in 1971, then Emily Johanna in 1977, followed by Christopher Brahms in 1982. The family of five was extremely close. In 2001, Michael became chief operating officer of Iridium Satellite, LLC, a satellite communication company. In 2007, Michael was dubbed “Bocky” by his first of five grandchildren - Hannah Scott and Lucy Will Tamberino and Addison Claire, Eleanor Scott and Brahms Oliver Deutschman - all of whom adored him. In 2008, Michael and Lynn joined Emily and her husband, Mark Tamberino, Christopher and his wife, Emily (Heseman) Deutschman in Vail, Colorado, a place the Deutschmans had called their second home for nearly 30 years. In 2011, Michael became a co-founder and chief counsel of Globokas, an international company that uses satellites to help people do banking in third world countries. Michael will forever be remembered as a man of great integrity, ambition, humor and kindness. “If every man were such as you and every life a life like yours, this earth would be God’s Paradise.” A memorial service will be held on Thursday, September 30 from 1-4 PM at the Sculpture Barn at American Visionary Arts Museum, 800 Key Highway, Baltimore, MD 21230. In lieu of flowers, donations may be made to Parkinson’s Foundation Rocky Mountain.