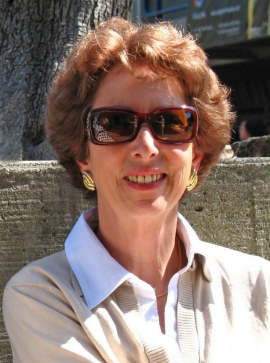 Lynn Spivak, 74, of Sonoma, California, passed away peacefully on January 8 attended by her beloved partner Kurt Rodholm and her cousin Matthew Gordon. She is survived by her brother, Charles Spivak of Baltimore, Maryland. Lynn grew up in Denver, Dallas, and Los Angeles. She was a free spirit who loved travel, athletics, the outdoors, and animals. After obtaining her B.A. in history at UCLA, she worked at a variety of jobs that included advertising, a stint with VISTA, researcher/writer for the Center for Rural Affairs in Nebraska, and assistant producer for the nationally syndicated TV show “Over Easy.” But she spent the bulk of her career, 30 years, working for the welfare of animals, first for the San Francisco SPCA and later for Maddie’s Fund. In both of these positions, she was director of public relations and communication and brought high visibility to both organizations. Throughout, she traveled widely including several trips to Australia, where she would rent a car and explore the outback staying in stations (ranches) along the way. With her partner, Kurt, she hiked in New Zealand, the Pyrenes, Patagonia, and England among others. Lynn lived in and embraced the moment. “Every day’s a picnic,” she would say. She was beloved by all who knew her and will be greatly missed. Celebrations of Life honoring Lynn will be held in Sonoma, California in March, and in Denver, Colorado in August. Arrangements are pending.

Share Your Memory of
Lynn
Upload Your Memory View All Memories
Be the first to upload a memory!
Share A Memory