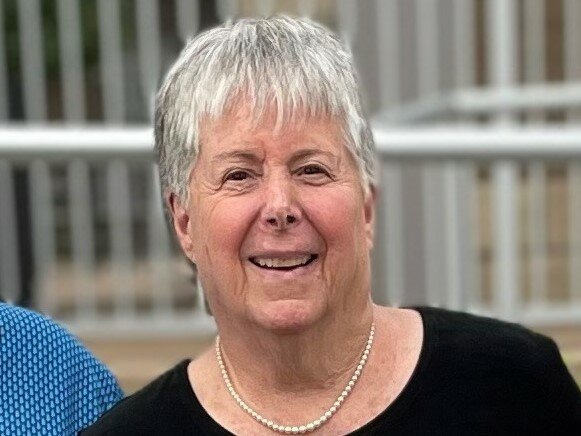 Nancy Shwayder died peacefully, Monday, February 28th from a pulmonary embolism after a recent surgery. A Denver native, Nancy was the daughter of Patty and Sam Baum and sister of Robert “Bobby” Baum, M.D. Growing up on the East Side, Nancy attended George Washington high school, graduating class of ’62, and started at the University of Colorado.

On one fateful day at the halfway house at Green Gables, Nancy, then 17, was bumped into by an older boy, Ken Shwayder, 21. They had been aware of each other in the community but never really had any interaction until Ken asked if she would like to join him for lunch. What is really perplexing, Nancy still found interest in this boy despite the fact Ken neither offered to buy this lunch nor did he even order with her. Well, after a brief courtship, the two married in 1964.

Nancy was an avid and passionate golfer and known as an incredible creator of cheesecake and chocolate chip cookie treats. And no dinner was ever complete for Nancy without ice cream. Nancy worked at George Washington High School with the young entrepreneurial business minds in DECA and ran the school store. As a devoted wife, mother, and doting grandmother, she will be deeply missed by her family and friends.

A memorial service is scheduled for Thursday, 11:00am, at Temple Emanuel. Masks and proof of vaccination is required for in-person attendance. A live stream will be available on Feldman Mortuary’s YouTube channel.