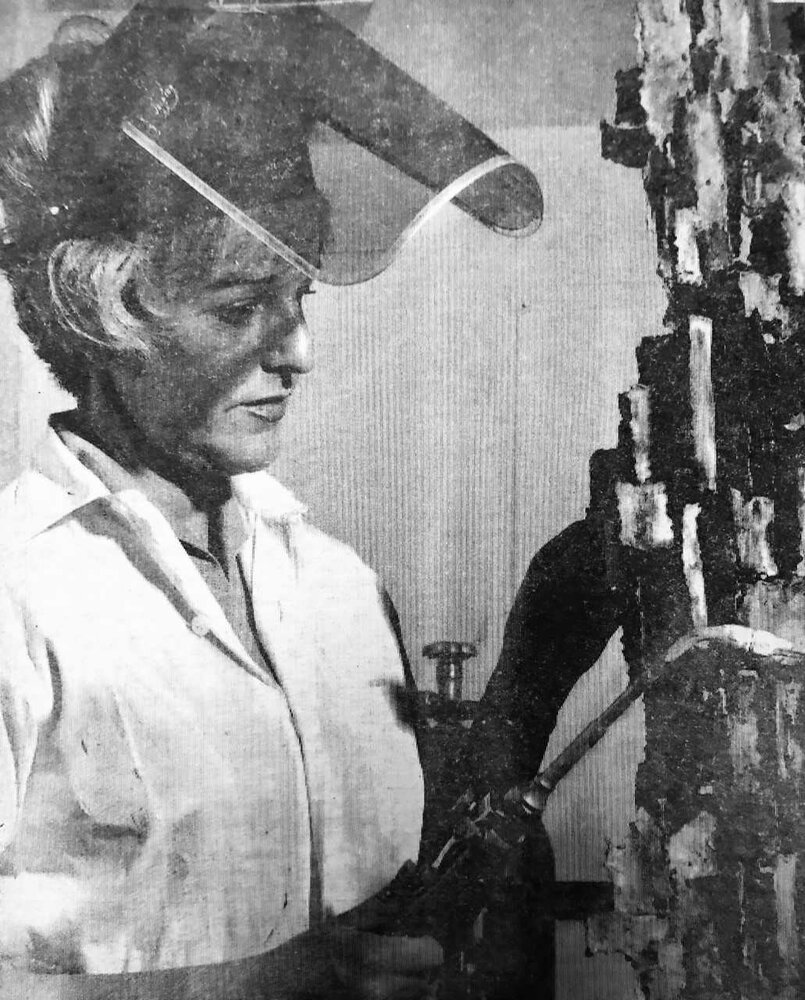 It is with profound sadness that we announce the passing of Elizabeth Yanish Shwayder.

Elizabeth was predeceased by her parents Sam and Fannie Mae Yaffe, her devoted brothers, Frank and Harry Yaffe, her beloved daughter Gwen, and her loving husbands, Nathan Yanish and Monty Shwayder. She is survived by her daughters Marilyn Ginsburg (Jerry), Mindy Yanish (Rina), her son, Ronald Yanish (Sharon), her grandchildren David, Gregory, Jessica, Avery and Sara, her great grandchildren Braydon and Skylar, her sister-in-law Darlene, and many nieces, nephews and cousins.

Through her own determination she achieved what she always wanted, to become a recognized artist and to be someone who served the greater good. While raising her children she took classes in painting and sculpture, built a network of talented colleagues and teachers, helped to found the Community Art Gallery, Denver’s first non-profit gallery, and thereafter thrived in the art world as artist, exhibitor, teacher and juror. Her participation in shows in the U.S., England and Italy are too numerous to mention as are the collections in which her sculptures are held.

Her final show, in 2018, “Welded and Fabricated Poetry: The Artistic Life of Elizabeth Yanish Shwayder”, at the Kirkland Museum in Denver, was a retrospective of 50 years of her work.

Also while raising her children, and after they were grown, she engaged in extensive volunteer and community work. After her early years as a volunteer at Rose Hospital and Beth Israel Hospital, and her work for the Colorado Democratic Party, Elizabeth later served on, or chaired, numerous Boards, including the Denver chapter of Artists Equity, the Asian Art Association of the Denver Art Museum, the Visual Arts Committee for the Colorado Centennial/Bicentennial Commission, and the Greater Denver Council on the Arts and Humanities. She also started the Coats for Colorado drive as well as two successful drives to send thousands of books to the troops overseas.

After visiting New York and seeing so many freezing, homeless people, she later returned to spearhead the first ‘New York Cares’ coat drive, credited with saving countless lives and which, as reported in Time Magazine, has since collected millions of coats for the needy.

Elizabeth received many awards over the years in recognition of her dedication to community service, including a Gleitsman Foundation volunteer award, the Mile High Sertoma Club ‘Service to Mankind Award’, and the Minoru Yasui Community Volunteer Award. Both of her daughters have continued in this tradition by doing years of volunteer work in their own communities. Elizabeth’s love of art is also alive and thriving in her children and grandchildren.

Her daughters would like to thank those caregivers and helpers over the last few years who were kind and gentle, especially Kapil, Assetou, Jo Ellen, Mom’s O.T. and very special friend, Christina, and our loving cousin, Tammy.

In accordance with her wishes there will be no in person funeral or shiva. There will be a celebration of her life at a later date. Friends and loved ones can leave their thoughts and memories of Elizabeth on the website of Feldman Mortuary at feldmanmortuary.com/home/.

In lieu of flowers, memorial donations can be made to the United Nations High Commission on Refugees for its work in Ukraine, at give.unrefugees.org.