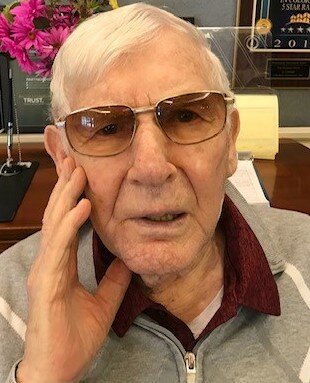 He was a Holocaust Survivor and Thriver. Please go to his Tribute Wall on this website to see a photo of his number tattoo and his ID card, which he showed to everyone he could.