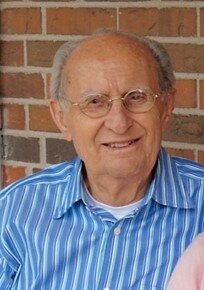 Obituary of Julius A. Pluss

Julius was born on November 22, 1921 in Greeley, Colorado and was one of four children born to Bessie and Sam Pluss. He grew up in Greeley and enjoyed their modest living arrangements with his brothers Frank and Norman, and sister Nellie.

In 1943, Julie graduated from the University of Colorado at Boulder with a degree in business. Soon after completing his studies in Boulder, Julie was an officer in the Marine Corps and spent his time primarily in Quantico, Virginia, and the South Pacific, namely Guam. After completing basic training, Julie married his sweetheart and the love of his life, Rose Schmerman, in Washington, D.C.

Julie returned to Colorado after the completion of World War II, and settled with Rose in Denver. After working in the accounting world, he went into partnership with his father, Sam Pluss in the cattle business. They had feedlots in Weld Country. Later he went into the turkey business with Harry Andrews and also with his brother Frank and nephews Sam and Jim. During these years, he was President of the Colorado Cattle Feeder's Association, a member of the Denver Rotary, and involved with a number of Denver and Colorado charities and organizations. Julie worked in the family business with his brothers, nephews, and others until they sold the companies to ConAgra in 1987.

Outside of working in the Colorado poultry and cattle industries, Julie was an avid fisherman who loved fly-fishing in Colorado, Wyoming and Montana. He was a fantastic card player, especially bridge and cribbage. He loved playing handball on Sunday mornings before heading to watch his beloved Denver Broncos.

Julie was a true patriarch of the family and a pillar of the community. He was valued by so many in the community for his generosity and kind spirit, and was truly adored and loved by everyone who was in his presence. He taught all about integrity, honor and what it means to be a good citizen.

Services to commemorate his life will be held on Monday, April 18, 2022 at 1:00 p.m. at Hebrew Educational Alliance with Interment followed at Rose Hill Cemetery. Contributions in Julie’s memory can be made to The Denver Hospice, or Jewish Family Service of Colorado.

The service will be livestreamed via the Hebrew Educational Alliance website/YouTube channel.

Due to the Passover holiday, a formal Shiva is not being observed with minyanim. The family will still receive condolence calls at the home of Jane E. Rosenbaum, Monday from 5pm-8pm and Tuesday from 3pm to 7pm.