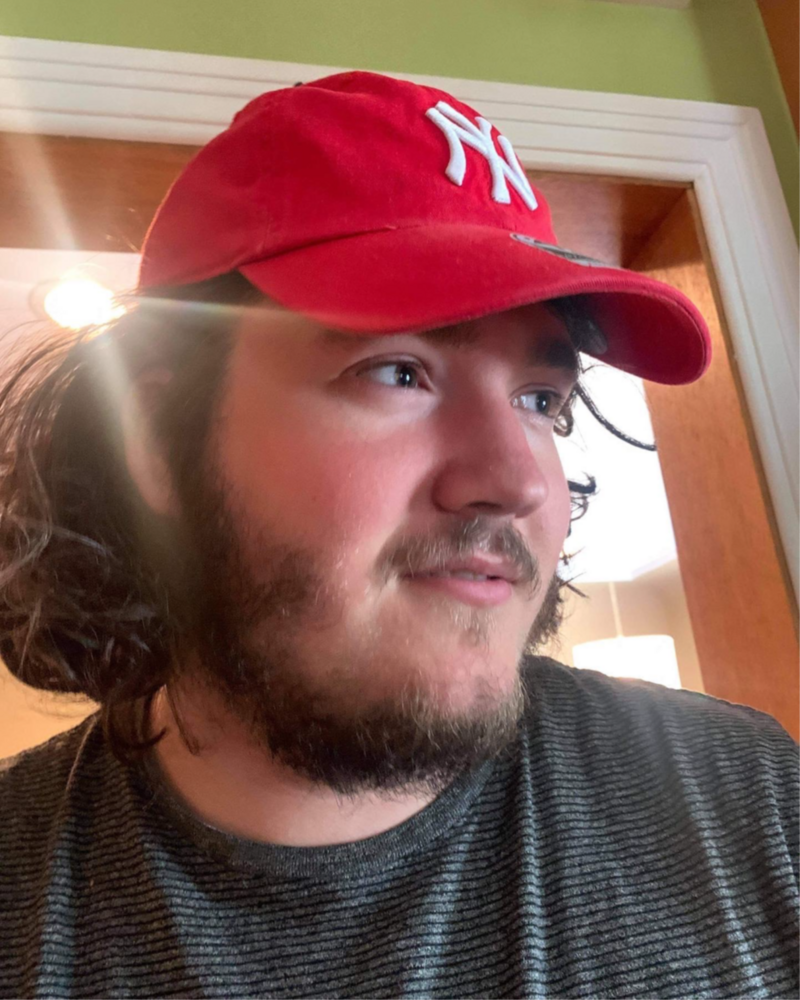 Cole's lifetime ended on April 14, 2022 just weeks shy of celebrating his 20th birthday. He died happy and at full peace after sustaining a traumatic brain injury while hiking with new friends in Costa Rica. Cole was a special person who had battled extended illness and had just set his feet on his path toward a renewed life that he planned to fill with adventure and new challenges. Cole was known to be exceptionally smart, strong, brave, loving, compassionate, peaceful and kind to all connected with him.

Over the last year Cole helped found a grassroots community organization that was borne out of necessity for himself, his family, and their community of people which they called Solid Ground Denver. It is an organization which at its core has been protecting and advocating for the rights of transition age Deaf and Disabled youth in the public school, vocational rehabilitation, and healthcare systems in Colorado. They consider it to be a movement caused by actions furthering children's rights to everything they need to thrive and pursue happiness. Cole’s friends and family knew him to be a giant, gentle, and exceptionally well spoken young man who was often called upon for his wise counsel and natural peacemaking skills. His self chosen Hebrew name was Oz Shalom (Peace Warrior). Cole was known to be a bright gem with a beautiful mind who endured very difficult circumstances. He shared his life struggles in order to raise awareness and end the stigma associated with mental illness, which he battled with great courage throughout his adolescence. He will be missed dearly by so many people with great care and difficulty who adored him and have been rattled by his tragic death.

Cole was born to parents, Lisa Weiss Rudofsky (she/her) and Terence M. Tucker (he) in Brooklyn, New York on April 30, 2002. He is survived by his parents, including his father Jason Rudofsky (he), his two sisters, Marinette Weiss (she, 19- Cole’s twin) and Lily Rudofsky (she, 21) and his brothers, Heath Tucker (he, 16) and Max Rudofsky (he, 19). A public memorial service is being planned for Sunday, April 24th at Feldman Mortuary, which will be followed by a shiva celebration of life at a separate venue. The service will be made accessible to Cole’s eclectic Deaf and Hard of Hearing and Hearing family and community with CART service, Cued Language Transliterators, and ASL Interpreters. Cole was a young man who loved his friends and family deeply. He was also an exceptionally learned young man with many talents and interests. He was passionate about linguistic freedom and access for all, especially for ending language depravation for deaf babies like his beloved twin Mari. He loved his family so much! Cole had planned to be on adventure in Costa Rica until July and then return to Colorado where he hoped to begin design of a family home in Fairplay, to continue passionately writing a work of fantasy fiction he had begun, and was also returning to college in the fall. He was interested in pursuing a degree in archaeology and hoped to work with children teaching preschool. He was looking forward to traveling throughout the United States and the world someday soon. Now he is universally free to do so.

In lieu of flowers, Cole’s family requests that donations be made to Solid Ground Denver via venmo, @solidgrounddenver, in
honor of his memory. We know you’re up there laughing and grinning and most certainly
enjoying your hard fought peace. 6m6s1s 1m3s, World Peace (Cued Script)

Information for accessibility and live captioning- please follow this link to follow along with accurate, real time, live-captioning of the service-  www.streamtext.net/player?event=ColeTuckerCelebrationOfLife

**Two notes regarding the service at Feldman Mortuary: 1) the location has limited parking for about 50 vehicles, please consider carpooling or rideshare options 2) the Cherry Creek Sneak  in the Cherry Creek shopping area is the same day, additional traffic may be present on Colorado Blvd and on University Boulevard, please plan accordingly.

Condolence calls and visitation will be following the memorial service at The Promontory, 7000 East Quincy Avenue, Denver, 80237 from 5pm-8pm.

There will be a sunset walk in remembrance of Cole taking place at 7:47pm on Sunday, with silent prayer and heart-healing music. Everyone is encouraged to participate, regardless of their location.