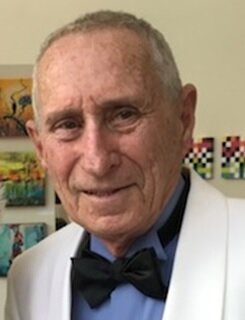 During his lifetime, he received the Space Technology Hall of Fame Recognition Award, the Michel Mirowski Award of Excellence in the Field of Clinical Cardiology and Electrophysiology, the Medical Alley Award for Outstanding Contribution in Research and Development, the President’s Award of Heart Rhythm Society (NASPE) and the University of Maryland School of Medicine Alumni Association Honor Award and Gold Key For Outstanding Contributions to Medicine and Distinguished Service to Mankind.  He was a 2002 Inductee of the National Inventors Hall of Fame, and the recipient of the 2015 Prince Mahidol Awardee in Medicine.

Mort was born on January 31, 1933 in Baltimore and raised in Frederick, Maryland. His father, Robert, was a shoe repairman and his mother, Pauline raised three children. When Mower was 15 years old, his uncle fell ill and a family physician made frequent house calls to treat Mower's uncle. Mower was inspired by the outstanding quality of patient care the family physician provided. As a result, Mower applied to Johns Hopkins University to pursue medical studies.

Mower has served on the Board of Jewish Recovery Houses, an organization that helps Jewish men and women in the early stages of recovery from alcohol and drug addiction. He served on the board of directors of House of Hope, a faith-based recovery house for Jewish men. Mower and his wife were also involved with Tova House, a recovery house for Jewish women, founded several years later by the Associated Jewish Charities of Baltimore and subsequently purchased from the Associated by House of Hope.

Mower was also a board member of the Jewish National Fund USA, and Ben Gurion University.

Mort was an avid skier, art collector, world traveler and dancer.  Mort was a true patriarch of the family and a pillar of the community.  He was valued by so many in the community for his generosity and his kind spirit.  He was a gentleman who valued education, honor and philanthropy.

His service will be livestreamed via the Feldman Mortuary YouTube channel: https://www.youtube.com/c/FeldmanMortuary

In Lieu of flowers: www.jnf.org/donate