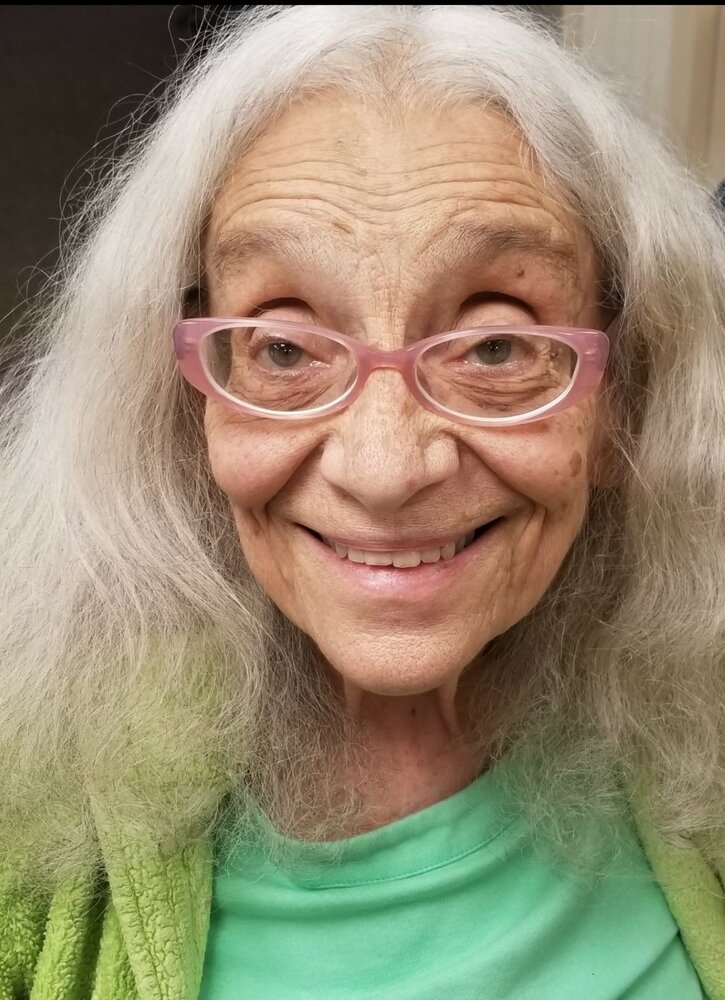 Susan Lynn Wolinsky (Wolin), Attorney at Law, proud single-mother to five daughters, master knitter, staunch feminist, cat-lover, avid reader, keeper of arcane detail on multiple subjects, and inhabiter of tremendous resilience, vision, and courage, died at age 80 on June 1st, 2022, after enduring a medical emergency in the middle of May.

A first generation American-Jew on her father’s side (Morris Aaron Wolin), and second generation Jew on her mother’s (Helen Sobol), she was deeply impacted by intergenerational trauma, and came of age in an era that was often antithetical to her desire for intellectual independence, and self-determination.

The eldest of five children (Michael, Merle, Andrew, Penny) she left her home town of Cheyenne, Wyoming to study art at NYU when sixteen, a decision derailed when she was assaulted.

Back in Cheyenne, a brief marriage resulted in the birth of her first daughter, Naomi Elisa. Within a few years, a second marriage in Denver resulted in four more girls—Rebecca Eve; Lilith Gabrielle; Hannah Abigail; and Sarah Rachel. She raised her daughters alone, under circumstances far from ideal, and loved them deeply.

When her second marriage dissolved, Susan did not yet have her Bachelor’s Degree, and promptly matriculated at what-was-then Metropolitan State College of Denver, resulting in a BA degree in Political Science. She then enrolled at the University of Denver Law School, and obtained a degree to practice law. Along with her five daughters, becoming an attorney was the proudest accomplishment of her life.

A life-long and fervent liberal, she was never content merely to complain, but worked actively for causes she believed in. She represented migrant farm workers for Colorado Rural Legal Services; marched for Women’s Rights and the ERA; fought for safe food, water, and energy; organized tenants facing eviction; and took her small children to rallies, including those organized to close the nuclear facility of Rocky Flats.

She taught countless immigrants to speak English and navigate American life; comforted drug-addicted babies in the neonatal intensive care unit; helped start a small organic farm in her late 60’s; assisted Andean musicians in obtaining performing gigs, and gave knitting lessons through the Denver Public Library, her favorite public institution. She was particularly delighted to have taught a number of young men to knit, when men were even more rarely knitters than they are today.

Susan was tremendously curious, and was the epitome of a life-long learner. She loved music and art and dance of all kinds, and was willing to try — and enjoyed — food from around the globe. She loved walking and flowers, and had a deep well of compassion for animals. She also had a distinct sense of style — incorporating color, textures, cultures and eras — and everywhere she went, people commented on her fashion sense. Susan loved to talk to strangers, and had friends everywhere — neighbors, the local bus driver, bank tellers, the clerks at 7-11, at the pharmacy and the farmer’s market.

She also struggled with chronic illness, injuries, and physical pain, and a ruptured cerebral aneurysm ended her legal career in 1994, when she was 52 years old, manifesting as memory impairment in the last years of her life. True to form, rather than take medication for her ailments, she became a vegan, and sought to have as many adventures as she could, before she was unable. This included her taking a solo road trip to Northern Mexico, where she lived for close to a year.

Susan survived challenges over the course of her life which would have felled many a lesser being, but she retained her curiosity, and compassion until her last weeks, and her will to live until the end. She made the world a better place for many, and lives on through her children, and the numerous others she impacted with her ideas, and vitality.

She is buried near her beloved maternal grandparents, Benjamin and Mary Sobol at Rose Hill Cemetery, right outside the City of Denver, which she also loved deeply, and knew prodigiously well. Susan is sorely missed, and may her memory eternally be a blessing. Please consider a contribution in Susan’s name to the Denver Public Library or to Heifer International