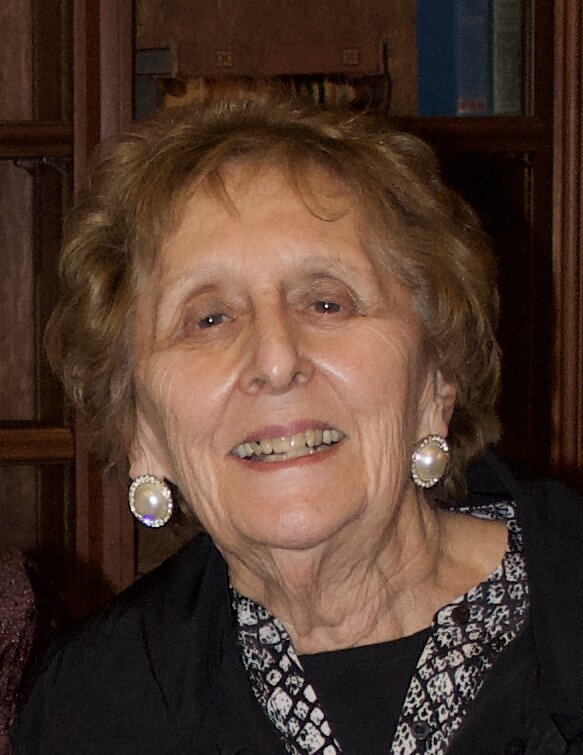 An only child, Rita grew up in the city where she attended Broadway shows with her parents, creating a love of theater that would continue throughout her life. She majored in Sociology and started a career as a social worker in New York. She met her future husband, Bernard, during college, a long-distance courtship continued during his 3-year Army tour in Germany, and Bernie and Rita were married in 1958. As the wife of a young Army officer, Rita moved to Tacoma, Washington, beginning a life of military travels to locations across the country and around the world including Germany, England and Hawaii. During those travels, Rita gave birth to their three children Andrew, Matthew and Elisabeth, and they settled in Littleton, Colorado after Bernie's retirement from the Army.

After Bernie’s death in 1991 and with her children grown, Rita started finding new careers including in the Sears automotive department, as a bookseller with the B. Dalton Bookstore and eventually as a volunteer and then a Material Handler with Douglas County Libraries. With travel still in her blood, Rita joined Elderhostel trips to New Orleans and Alaska and visited her children and eight grandchildren in Florida and Washington.

Rita had an ongoing love of theater, often attending plays in Denver and in local theaters. She loved reading, gardening and was the proud owner of Schnauzers for many years. During her later years she fought cancer and sold her house in Highlands Ranch to move into an independent living community in Lone Tree just prior to the COVID-19 outbreak in 2020. Making friends and joining book clubs, playing mah jongg, and participating in activities of all types, Rita found a place in her new home, yet still kept in touch with friends from the past. Sadly, the cancer returned, and she lost that battle shortly after her 87th birthday. Her life was filled with travel, theater and love and she will be sorely missed.

In lieu of flowers, please send any donations to MaxFund in Memory of Rita Roth.

Rita’s family invites you to attend her memorial service on Wednesday, August 17th at 12pm - Fort Logan National Cemetery, Staging area A. A celebration of life at Landsowne Arms in Highlands Ranch will take place from 1:30-4 pm on the 17th. Live stream will be available on Feldman Mortuary’s YouTube channel.