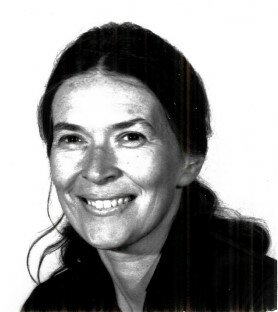 Adele Hale passed away peacefully on August 9, 2022 at Vi in Highlands Ranch, CO, with family at her side.

Adele was born in New York City in 1925 to Sadie and Morris Eskind, Jewish immigrants from Belarus in the Czarist Russian Empire. Adele attended Hunter College High School in NYC where she won a Regents’ award for excellence in math. After attending Penn State University, she graduated from NYU in 1945 at the age of 19. She married Arnold Feldman who was then a U.S. Army physicist in Las Alamos NM. Their daughter Helen was born there. After WWII, they moved to Pasadena, CA where son Ethan was born.

Tragically, Helen was a victim of vehicular homicide in 1967.

Adele and Arnold were divorced in 1972.

Adele earned her MSW at the University of Denver in 1957. Adele held positions at the University of Colorado Medical School; The Mayo Clinic in Rochester, Minnesota; Washington University Medical School in St. Louis; Queen’s Hospital and Guy’s Hospital in London, England; and The Peters Institute in Philadelphia. She was a pioneer in the treatment of children who were victims of sexual assault and incest and gave dozens of presentations on the subject.

When she returned to the United States and took the position in Philadelphia, she married Dr. John Hale, a professor at the University of Pennsylvania. They had a long and happy marriage and were inseparable until his death in 2006. They shared many interests including travel, art, music, literature, theater, and museums. She was a voracious reader. Adele was a very talented artist who painted in watercolors and oils. Adele was an Anglophile and constantly spiced her conversations with Anglicisms which often puzzled listeners. Most of all, Adele was a very kind and generous mother, grandmother, great-grandmother, and friend.

Adele’s family would like to thank the very kind and caring staff at Vi as well as the staff at Denver Hospice who helped to guide the family through the final journey.

The family requests that in lieu of flowers contributions be made to The Food Bank of the Rockies.