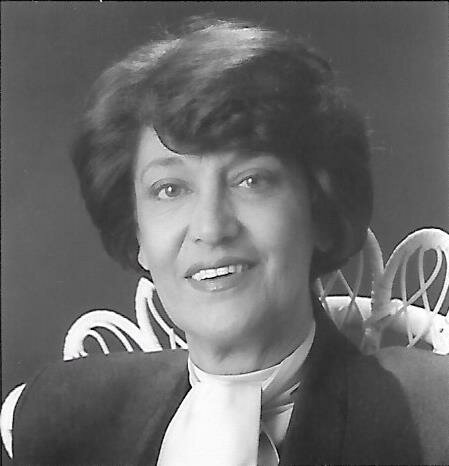 Louise Vigoda, long-time Denver real estate developer, passed away at her home on August 15, 2022 at the age of 93.

Louise was preceded in death by her husband of 62 years, Dr. Philip S. Vigoda and is survived by her children R.J. (Renata), Diane and Clay (Lori Shine) and her grandchildren Lauren, Lindsey, and Myles.

Born in Akron, Ohio on February 23, 1929, to Carl and Frieda Holbert, Louise graduated from Ohio State University with a bachelor's and master's degree in both Philosophy and Psychology.

One of the first developers in the Cherry Creek area in 1966 she started her career with the development of the Terrace Gardens building at 235 Filmore St. One of only two significant female developers in Denver at the time, Louise would go on to become both a mentor and champion of women looking to take their rightful place in the business world.  She was profiled in Denver Magazine as one of “Denver’s Powerful Women”, by the Denver Business Journal in their series “Women in real estate: Changing the face of an industry” and was an enduring entry within the Who’s Who of Real Estate.   Among her many accomplishments she would push for the creation of and become the first president of the Cherry Creek North Business Improvement District and go on to build and develop some of the largest and most iconic retail projects within the CCN.

A visionary with a penchant for historic buildings, in the 1970’s she fought for the historic integrity of downtown Denver’s D&F Tower and in the process created the nation-wide model for historic preservation groups fighting against overzealous governmental entities. Her push for the acceptance of the building at 2301 Blake St. on the National Register of Historic Places, as well as its ultimate redevelopment in 1983, was one of the first forays for modern development in the Ball Park neighborhood.

A life-long traveler, Louise, and her husband Phil were on one of the first Westerns to visit China when it initially opened in the early 1970s.

A private family service has been held and a memorial service will be scheduled at a later date. In lieu of flowers, the family requests donations be sent to the Southern Poverty Law Center or the Anti-Defamation League.