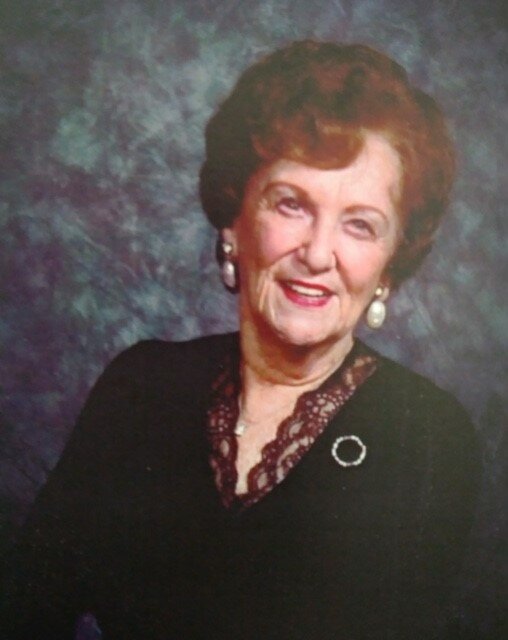 Our dear mother, Bernice Coggan passed away on August 29, 2022 at the age of 95. She was born in Brooklyn, New York. Her father, Herman Gottlieb, was with a men’s clothing store, Stein’s, that was opening stores throughout the country. During the Depression, he was sent to El Paso, Texas to open a men’s store there. Bernice graduated from grade school and El Paso High and received her degree in Education from the College of Mines and Metallurgy, which it was called in 1948. Then the name was changed to Texas Western, then again to its current title, the University of Teas at El Paso - UTEP.

Bernice’s years in Brooklyn and in El Paso were happy ones. But what a culture shift to move from New York City to El Paso, Texas! Her mother decided to give her music lessons and since there was a promotion on accordions, that’s what Bernice took up. She enjoyed the accordion and it led to many dates throughout the city, including schools, civic organizations and playing for the army which was stationed in El Paso. It was a big army base during WWII.

Eventually, Bernice’s father opened a store in Denver and that’s what brought the Gottlieb family to Denver. All through the years, Bernice kept up with her friends she left from Brooklyn and El Paso, even to this day, the ones who are still left.

Shortly after moving to Denver in 1949, Bernice met her future husband, Hyman A. Coggan, who was running for president of B’Nai B’rith, as she provided the entertainment on her accordion while the votes were being counted. They met and married 4 months later, on August 9, 1949, and had three children: Hal, a stockbroker, Sharon, a Professor of Religious Studies at the University of Colorado Denver, now retired, and Randi, also retired from the National Park Service. Hy and Bernice, who danced up a storm on their first date and at every opportunity after that, made it to their 50th wedding anniversary.

Once in Denver, Bernice got involved in theater and performing. She was with the Children’s Traveling Theater of the National Council of Jewish Women for some 60 years. During that time, she delighted in playing many roles in children’s plays, including Madame Bernstein, Bartelsby and the Tiger, Bye Bye Birdie, Strawberry Tarts Forever, and many more. She played the title role in Pinocchio but was best known for her roles as the Evil Queen in Snow White and the Seven Dwarves, and the Wicked Witch in the Wizard of Oz. Bernice also sang with the Cher Amie Singers, where she had to learn to sing in Russian and Yiddish. She performed on stage with the Singers well past her 90th birthday.

Bernice was predeceased by her beloved mother and father, Herman and Sophie Gottlieb, and her beloved husband, Denver attorney Hyman A. Coggan. Bernice is survived by her three adult children and many cousins, nieces, and nephews.

A graveside service will be held for Bernice on Thurs. Sept. 1 at 1:00 at Mt. Nebo cemetery.

Plan to return to Bernice’s home afterward, at 354 Cherry St. to celebrate her life.

In lieu of flowers, donations may be made to Guiding Eyes for the Blind, or any other charity that serves the blind.

1:00 pm
Mount Nebo Cemetery
Address not given
Not Given, Colorado, United States

at the home of Bernice Coggan, 354 Cherry Street, Denver, CO 80220; immediately following interment through the evening.