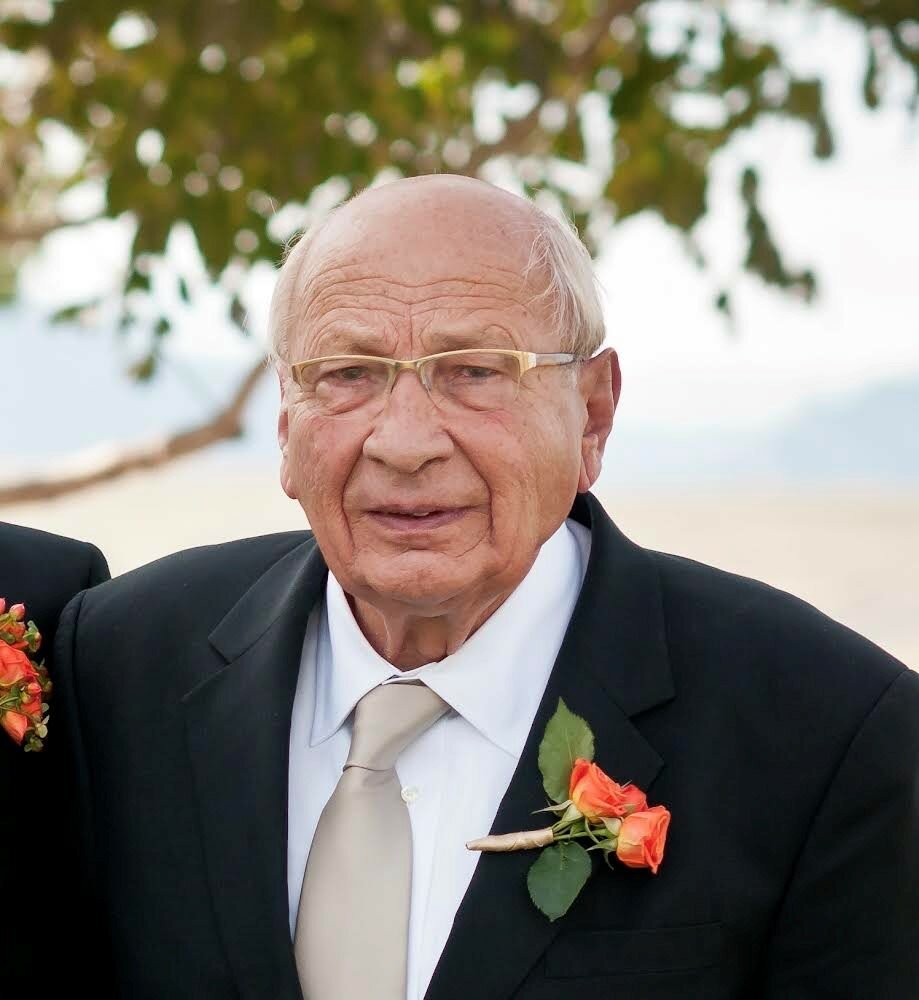 It is with aching hearts that the family of Tom J. Koustas, 90, announces his death on October 8th, 2022 after a struggle with Parkinson’s Disease.

Tom was born and raised in Pueblo, CO. His parents, Maria and Demitrious Koustas, immigrated from Greece. They were parents of four children, Tom being the oldest. His father worked at CF&I until his untimely death at age 60. An extended family member became part of the household and helped keep the family together.

Tom moved to Denver and attended the University of Denver in the early 1950’s graduating in1954 with a degree in business administration (BSBA). He then became interested in real estate and construction and built his first small building in southeast Denver that still remains today. Many years later he joined WR McKee Associates where he was the building superintendent for over a thousand condominium homes in the Ken Caryl area. After completing this project, he retired in 2003.

Cars were his passion and he was capable of being a professional driver. Tom and his wife, Renee of nearly 50 years, took their honeymoon trip through the northwest and into Canada in a 1965 Aston Martin DB-6. He delighted in taking friends for a drive and show them the daring maneuvers the cars could perform. His personal favorite was a 1975 Citroen which could hydraulically lift to accommodate poor weather conditions.

He was intent on studying WWII and his collection of books attests to his admiration of Winston Churchill in particular. He participated in several community organizations - among them Delta Sigma Pi professional business fraternity, AHEPA (American Hellenic Educational Progressive Association), Englewood Kiwanis Club, and he was a former president of the Colorado Cystic Fibrosis Foundation. He also liked music - the classic vocalists of past years: Sinatra, Armstrong, Cole, and Martin to name a few. He liked to ride bikes with his son as well as going to Star Trek conventions and shopping for the latest toys with him. He also wanted his son to be an excellent driver.

Tom is survived by his wife, Renee Koustas; his sister Helene Monforte; his son, William Koustas; his daughter-in-law, Erica Koustas; and his two grandsons, Evan and Kyle. May Tom always be remembered for the exceptional sacrifices he made for family and friends and be eternally blessed.