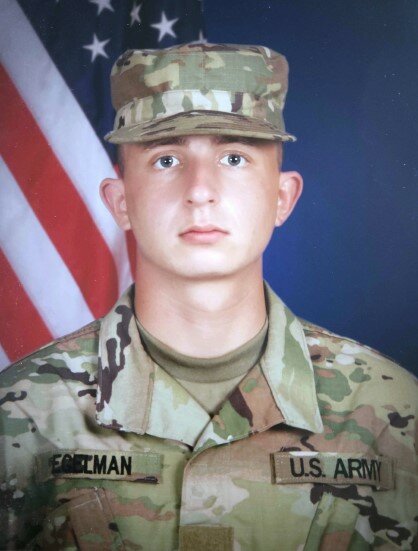 Joshua Levi Egelman was born December 4, 2000 in Littleton, Colorado, and passed November 2, 2022. A natural adventurer with deep devotion to others, he became a certified emergency medical technician, an ambulance driver, and a combat medic in the Colorado Army National Guard. He was a student at University of Wyoming and later at Metropolitan State University.

Josh was driven by service to others: known for his selflessness, he dedicated himself to helping people, never wanting credit or speaking of his deeds.

He loved to exercise and spend time outdoors. He was fond of sports from basketball to rucking to mountain climbing. He enjoyed a gap year in the Cascade mountains and earned his EMT certification, followed by his wilderness EMT certification.

Josh was known among his family and friends for his sense of humor. His lighthearted manner brought smiles to everyone around him. In times of distress, Josh broke the tension with his signature wisecracks. He was deeply empathic, accurately reading emotions and providing comfort to those in need.

Josh threw himself headfirst at life’s obstacles, committing himself to being the best he could be. After graduating from Basic Combat Training in the Army, he studied night and day to earn the top spot in his Advanced Individual Training class at Fort Sam Houston. He became a walking encyclopedia of medical knowledge and was always there to evaluate his loved ones in times of illness or pain. His father Joel summarizes Josh as “the person who runs into the burning building when everyone else is running away."

His laughter and adventurous spirit will be forever missed by his father and mother Joel and Jen, brother Jordan, grandmothers Cirel and Caryl, uncle David (Sarah) and cousins Ari and Aviva, aunt Jill Guthrie and cousins Hannah and Cy Guthrie, uncle Joel Funk, and Josh’s many friends throughout the Army National Guard, Lutheran Medical Center and Stadium Medical.

As per Josh’s passions, donations are requested to the Wounded Warrior Foundation.

Service will be live streamed via Feldman Mortuary's YouTube channel.