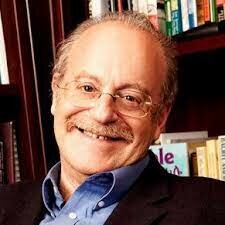 Richard Male died the morning of December 31, 2022 at the age of 77, in Denver, Colorado in the embrace of his immediate family.

Rich dedicated his life to community organizing, fighting for social justice, improving animal welfare, disability rights and building non-profit and NGO capacity in many U.S. states and countries around the world including Ethiopia, Kenya, Botswana, Guatemala, Israel and Mongolia.

In Colorado alone, Rich founded the Community Resource Center, the Colorado Nonprofit Association (with more than 1,700 members), and the Colorado Coalition to Save Rural America. He helped form Community Shares of Colorado, which has over 120 member organizations. Rich also organized the Colorado Committee for Responsive Philanthropy and was deeply involved with passing the ADA, which was signed into law on his birthday in 1990.

As an educator, Rich mentored hundreds of students at Regis University, DU, UCD, MSU, Hawaii Pacific University and elsewhere, many of whom went on to direct NGO’s throughout the US and the world.

Shortly before the COVID pandemic began, Rich fulfilled a long-held dream and became a master gardener through the CSU extension service, which then led him to create partnerships with community gardens throughout the Denver metro area.

He was preceded in death by his parents, Seymour and Jeannette (Goldewitz) Male. He leaves behind his wife Evelyn, his children Abraham (Jennie), Daniel (Rachel), Sarah (Terry) and Juliadele, his grandchildren Hannah and Noah, his brother Steve (the late Geri Male), and his niece Alisa (Greg).

There will be a memorial service held at the BMH-BJ synagogue main sanctuary (560 S Monaco Pkwy, Denver, CO 80224) at 1:00 PM on Tuesday, January 3, 2023 followed by interment at Rose Hill Cemetery (6841 E 62nd Ave, Commerce City, CO 80022) immediately after. Livestream available on Feldman Mortuary's YouTube Channel by clicking this link at the time of the service- https://www.youtube.com/channel/UC7CQNliXtxRvoOGVZvmH-kg.

Both services are open to the public. In lieu of flowers, donations may be made to the Seymour and Richard Male Social Change Foundation here or BMH-BJ Congregation.