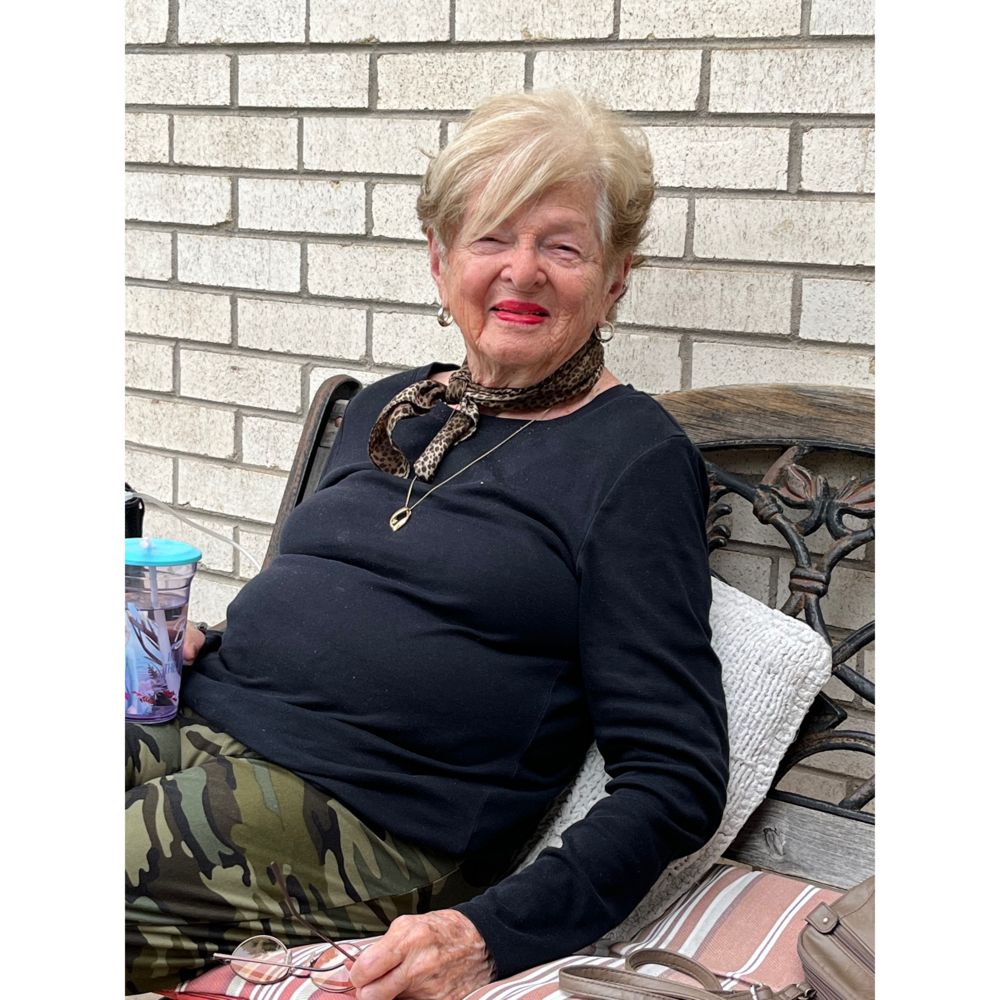 Sylvia was born to Louis and Rose Miner in New York City on December 11, 1924.  She grew up on the Lower East Side and was always, through and through, a New Yorker.  She grew up in a Jewish home in a Jewish neighborhood, to a father who made luggage and a mother who kept the household and raised the children.  At five years old, she was playing with matches and severely burned her leg, landing herself in a hospital for a prolonged stay while she recuperated.  Left alone without her parents, she recalls an older child there treating her poorly because she was Jewish.  This, and the odd food they served her there, were the first signs to her that she was “different” from other people due to her faith.  Naturally, the girl came around and by the time young Sylvia was discharged, she had become not only Sylvia’s protector, but also her friend.  Such was Sylvia’s way.

An incredible athlete growing up in the 1920s and 1930s in New York City, Sylvia was the NYC ping pong champion as well as a star stick-ball player.  Had there been more opportunities available to women then, she likely would have mastered them all.  Needless to say she held her own, as was evidenced by the many stories from her youth with which she regaled her friends and family.

She was the baby of three girls, arriving after sisters Helen and Faye (both of blessed memory).  They were quite the threesome, the beautiful Miner girls, and Sylvia adored them.  She lost her mother, Rose, at a young age, but her father Louis was a character in his own right and an occasional visitor to Colorado, where Sylvia settled after her marriage.  Sister Faye Weiner and her husband Irving (of blessed memory) remained Sylvia’s (and husband Stanley’s) best friends for life, and they traveled frequently together both as couples on vacation and with their families, regularly visiting each other’s homes - the Weiners residing in Brooklyn, NY with their two children Bruce and Shelly the same ages as the Springer children.

Sylvia met the love of her life, Stanley Springer, in New York City when he became a member of the “guy’s club” across the street from her family’s apartment.  She recently recounted how she met him outside the club and after they had spent some time together, Stanley came out of the club, called to her from the street -“Sylvia, come on down!”- and introduced her to all of his friends.  The rest, as they say, was history.

An exquisite couple (Sylvia the stylish beauty and Stanley the handsome, blue-eyed charmer), they married in January 1945.   Stanley worked for Lerner shops, and the company transferred the couple to Colorado after Stanley fell in love with the state when he was stationed here at Fort Lupton for basic training during World War 2.  Ever the city girl, Sylvia was slow to take to Colorado, but she grew to not only love it, but to thrive with a close network of family and friends.

Sylvia and Stanley had their first child, Jeffrey, in February 1950, and she recalls being so thrilled by his arrival that she and Stanley would flank him on the sofa as an infant, each taking turns kissing him like a mezuzah.  Sisters Randi and Linda followed in 1954 and 1959.  At the time, Sylvia likely could never have imagined how kind and doting her daughters would become.  Due largely to their devotion, including near-daily (if not daily) visits, Sylvia’s wish to remain in the home she and Stanley bought in 1968 was realized, with her able to continue living there until her death at 98.  All three of her children speak frequently about how Sylvia was the best mother in the world, the best cook, the best confidante, with Randi openly acknowledging that her mom was the most interesting person that she had ever met.  Those who had the honor of meeting Sylvia would hardly disagree.

Sylvia lost her beloved Stanley unexpectedly on January 11, 1983.  Although she never remarried, she enjoyed long relationships with companions: the late Paul Fine and Art Bronstein, both extremely kind and whip-smart, as one would have to be to earn Sylvia’s interest and affections.

In addition to her children, Sylvia was blessed with nine grandchildren.  Son Jeff has four children, Cydney, Samantha, Jackson and Harry (3 of whom live in Sylvia’s beloved NYC).  Randi has two sons, Jamie and Spencer.  Linda has three children, daughter Leah and sons Jake and Drew.  All adore her.  She also has five great grandchildren, Jamie’s sons Harper and Kieran, Cydney’s children Ford and Violet, and Spencer’s son Ronin.  Even to the end, Sylvia remarked how lucky she was to have such a wonderful family, and how very much she loved everyone.  And everyone loved her back, more than she could ever imagine.

Sylvia also leaves behind her devastated daughter- and sons-in-law, Amy Springer (Jeff), Jim McKnight (Randi) and Doug Aglietti (Linda), as well as grand-children-in-law, Hana (Jamie), Brittanie (Spencer) and Jeff Newbrough (Cydney).  Predeceased by all other beloved in-laws, Sylvia also leaves behind Amy’s mother, Donna Mandel, who remarked frequently that she’d hit the jackpot with her “machatunim.”  It wasn’t easy to meet Sylvia’s high standards for her children/grandchildren, but she loved and treated all spouses/their parents like true family, and they were blessed and lucky to be in her orbit.

A liberal before there were liberals, Sylvia never missed reading a newspaper or watching her MSNBC shows (Ari Melber a particular favorite).  She was a frequent visitor to Colorado Athletic Club Monaco where she would participate in the Silver Sneakers program, and enjoyed the Jewish Community Center activities, presentations and lunches well into her 90s.

But in addition to all of that, Sylvia loved flowers and was at her core an artist and lover of life.  She mastered many paint mediums, especially watercolor, and frequently sold her work at art shows.  A long-time member of the Park Hill Art Club, she had quite a following, and also became fast friends with many local artists with whom she painted and swapped stories (and sometimes paintings).  Friends and relatives would look forward to Sylvia’s lovely hand-painted birthday cards with her sincere sentiments conveyed inside, and her beautiful paintings adorn many homes across the country.  Sylvia instilled upon her children/grandchildren/great-grandchildren a love of art and creativity.   It bears noting that she also had an incredible green thumb, and could nurture any plant or flower back to life.  It was in part due to her love of her yard and garden that Sylvia remained in her tri-level home in Winston Downs for over 54 years.

Sylvia’s life was a life well-lived and well-loved.  She was and will remain a treasure who will be missed beyond words by all who love and knew her.  May her memory always be a blessing.

Donations can go to a charity of choice.