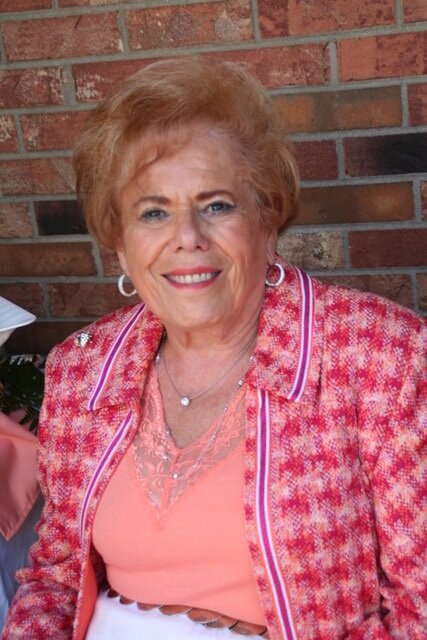 She lived on the Westside of Denver - Mead St and 14th/Xavier St. Her father died when she was 12, but (and) she was raised by her mother and loving aunts and uncles. Raeann met the love of her life, Edward, at the age of 13 at a BBYO dance and they were married 5 years later on November 25,1951 at the Hebrew Educational Alliance on Mead Street. Rabbi Lederman officiated.

After honeymooning at the Broadmoor hotel in Colorado Springs, they started their life together at Tinker Air Force Base in Norman, OK.

They moved back in Colorado where she and her husband raised 3 children and were actively involved in every aspect of their children’s lives. She was active in the PTAs of her children’s schools and for many years was in charge of the school carnivals.

Raeann volunteered her time with many Jewish endeavors including Beth Israel Hospital, Faith Chapter of the American Medical Center also known as the Jewish Consumptives' Relief Society (JCRS), and a sanatorium to treat tuberculosis (TB) patients. Later, the institution changed its mission to cancer research and today it is known as AMC Cancer Research Center. She also volunteered with B’nai B’rith Women, National Council of Jewish Women, and Beth Joseph Women’s Group. She read books to preschool children in the HeadStart program and weekly took a Jewish elderly man to programs at the JCC.

The highlight of her volunteering career came when she became President of the Women’s Auxiliary of Rose Medical Center. She loved being a buyer for their gift shop. Through her many connections at the Denver Merchandise Mart, she opened her own business called Lingerie By Rosebud.

Raeann was always the go to person for “Jewish Geography of Denver!” Growing up on the Westside she knew everyone. She had her hand in all aspects of the planning of the Westside reunion of 1985. Her connection to people and a love of a good party, led her to help plan an 80-year reunion immortalizing Cheltenham Elementary Schools class of 1936.

Raeann was invested in all her 8 grand-children’s lives. From taking the girls to have their nails done, tea at the Brown Palace and the Miniature Doll Museum, school plays, attending the boys’ basketball, soccer and baseball games. The grandchildren remember fondly for every birthday, Raeann would pick up donuts and take them to the kids’ school to share with their classmates and staff.

Every room Raeann walked into was lit up with her personality and style. She would speak to everyone in the room, making each person feel like they were the only one that mattered. Raeann was always unapologetic and authentic in everything she did, and in addition to volunteerism, that is the legacy she leaves behind.

Donations can be made to Hebrew Educational Alliance, Aish of the Rockies, the National Alzheimer’s Association or The Denver Hospice.