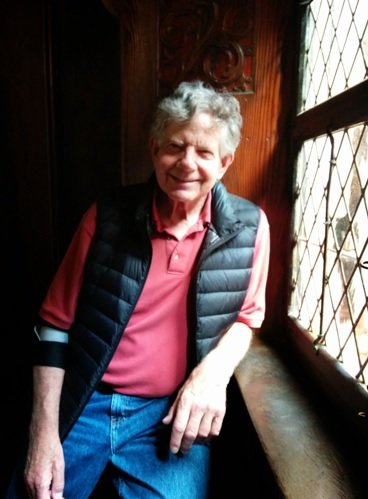 Service will take place on Wednesday, March 10, 2021 at 11AM, and can be viewed on Feldman Mortuary's YouTube Channel. The direct link is in the obituary

Alan Michael Osur passed away on March 7, 2021 at 80. He was pre-deceased by his first wife, Madelyn, who died in 2005. He is survived by, among others, his wife, Lisa Benhammou-Osur, five children and step-children, his sister and two brothers, and nine grandchildren.

He was born in Paterson, N.J., and earned degrees from Rutgers, University of Connecticut, Denver University, and Regis. The Air Force and his love of travel took him all over the world. He saw life as a series of adventures and challenges: serving in Vietnam, taking his family to Germany for four years, becoming an expert on race relations in the military, volunteering on an archeological dig in Israel during a war, or climbing a Fourteener or two, solo, in a single day.

He had careers as an officer in the Air Force and software engineering and enjoyed both, but his dream jobs were the years he spent as a history professor and rugby coach at the Air Force Academy.

He loved rugby. His journey with the sport began while he was stationed in England in the mid-1960s. He played his first game for Shelford, and he kept playing well into his 60s. He established the Air Force Academy’s rugby programs for men and women, influencing the lives of countless young cadets. As coach, he led the women’s team to two national championships. His contributions to rugby- as a player, coach, referee, and administrator- extended far beyond the Air Force Academy, helping shape the modern sport in America.

He was a member of Temple Shalom in Colorado Springs, local historical societies, and an honorary member of the Tuskegee Airmen. He was an avid tennis player, a prolific reader, writer, and traveler, an amateur archeologist, and a collector of Civil War bullets.

Alan’s service will take place on Wednesday, March 10, at 11AM. A public livestream will be available on Feldman Mortuary’s YouTube Channel by clicking here at the time of the service- https://www.youtube.com/channel/UC7CQNliXtxRvoOGVZvmH-kg

In keeping with Jewish tradition, no flowers please. In lieu of, consider donating to Temple Shalom, 1523 East Monument, Colorado Springs, CO 80909 or to the Alan Osur Perpetual fund for Women’s Rugby (contact Kate at 719-338-3770)

Share Your Memory of
Alan
Upload Your Memory View All Memories
Be the first to upload a memory!