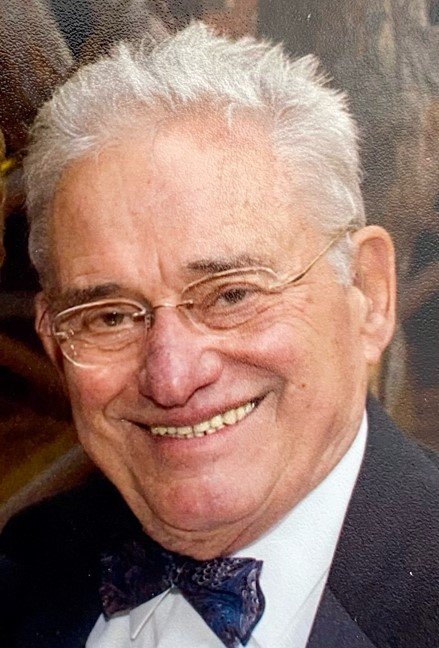 Leonard Strear, the youngest of four children, was born February 13, 1924 in Detroit, Michigan to Morris and Sophia Strear, both Russian immigrants. At age 7, his family moved to Greeley, Colorado and then relocated to Denver to start a modest poultry business.  Leonard graduated from East High School in Denver and began his education at Denver University. He served in World War II, was part of the landing forces at Normandy, and earned a Purple Heart and a Bronze Star for valor. In 1950, Leonard married Irma Kagan, “the love of my life.”

Also in 1950, the Strear and Pluss families combined their small family poultry distribution businesses in Denver and created a turkey-processing facility in Longmont. The resulting Longmont Foods eventually became one of the largest employers in Boulder and Weld counties. By the time they sold the business to ConAgra in 1987, it had grown to be the largest privately held, fully integrated, turkey processing facilities in the country, employing more than 1,500 people. He was “the quintessential entrepreneur,” said his son, Michael Strear. “He basically started with nothing. He had incredible insight and intuition that carried him through the years. He is one of the most insightful individuals I’ve ever known in my life.”

With proceeds from the sale, Leonard and his brother Sidney started the Strear Family Foundation in 1989, which has had enormous impacts on Denver’s Jewish and secular communities.

He served as past president of the National Turkey Federation and was one of the founders and lifetime trustees of Shalom Cares. Throughout his life, Leonard was always eager to contribute his time and energies to numerous non-profit boards.

Leonard was full of joy and life, skiing and biking well into his eighties. He was especially fond of the family cabin at Grand Lake and encouraged his children to develop an enduring love of the outdoors. He worked hard and enjoyed life to the fullest. His smile was ever-present for all to share.

Donations in his memory may be made to Shalom Cares or Denver Jewish Day School. (both are active links directly to the charity's website)