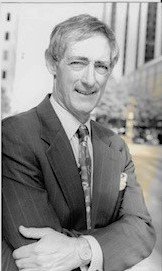 Donald (Don) Lee Kortz, a pillar in the Denver real estate community, a passionate supporter of many charitable organizations, and a loving husband, father, brother, uncle and friend, died on July 25, 2021, surrounded by his family.  After successfully battling a brain lymphoma (including undergoing debilitating cancer treatments while the country was in lockdown), and despite being fully vaccinated, Don contracted Covid earlier this summer, which ravaged his lungs in eight short weeks. The family will be forever grateful to the compassionate and excellent care provided by the doctors and nurses at UC Health.

Don was born on July 9, 1940, to Benjamin and Juliette Kortz.  A third-generation Colorado native, Kortz received his bachelor degree from Tulane University (and loved returning to New Orleans for visits) and his law degree from the University of Denver College of Law.

He served as a Captain in the United States Army, stationed in Germany.

Don spent most of his career at Fuller & Company (now Cassidy Turley Colorado), and served as mentor to dozens of young attorneys and real estate professionals.

But, it was Don’s passion for philanthropy and public service that made a permanent mark on Denver and the region.  Much of his community service efforts related to health care.  Don was the founding President and CEO of Rose Community Foundation, created from the proceeds of the sale of Rose Medical Center, he chaired the Board of Children’s Hospital, served on the Board of National Jewish Health, Colorado Children’s Health Foundation, the Crohns and Colitis Foundation and HealthONE, and was appointed by Governor Owens to the Task Force on Child Welfare and by Governor Ritter to the Blue Ribbon Commission for Health Care.  Don also served as Chair of the Board of Colorado Concern, he chaired the Denver Metro Chamber of Commerce and served as a trustee or board member of the Denver Zoological Foundation, Mizel Museum, Judith Ann Griese Foundation, the Jewish Community Center, the University of Denver Institute for Interfaith Studies and the Anti-Defamation League.

Don has been the recipient of too many awards to list, but which included Colorado Businessman of the Year.

While Don’s work and community service will always be remembered, it was his wife, Mary Lou Blackledge Kortz, and daughter, Hayley Zoey Kortz, that brought Don joy every day.  The day that Don died was Don and Mary Lou’s 34th wedding anniversary.  Don was devoted to Zoey and was thrilled that Zoey’s boyfriend, Joel Elijah, was able to spend the Covid lockdown with the family and help out during Don’s cancer treatments. Before he became ill, Don was thrilled to give Joel permission for Zoey’s hand in marriage, and the family had been looking forward to planning a wedding for Zoey and Joel..

As anyone who knew Don can attest, Don was eternally cheerful and optimistic (not common traits for a lawyer), and always had time for family and friends.  Don loved to travel and was always eager to learn something new in his travels.  He and Mary Lou loved vising France and had planned to spend several weeks there this summer.  History was Don’s passion, and Don and his like-minded friends could spend hours (with a scotch, of course) discussing the finer points of history and historical books.

Don is survived by Mary Lou, Zoey (and fiancé Joel), his brother, Robert Kortz, his nephews Gary (and Kathy) Kortz and Gregg (and Kim) Kortz, his sister-in-law, Susan (and Rick) James, and their daughters, Liz (and Ryan) Lunsford, and Rachelle (and Federico) Laura, and their children.

A livestream will be available on Feldman Mortuary's YouTube Channel.

**PER THE FAMILY'S REQUEST: MASKS ARE REQUIRED WHETHER OR NOT YOU ARE VACCINATED**