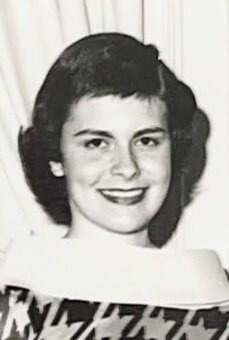 The best mom-wife-grandmother-sister-aunt-daughter in the world passed away February 1, 2022. Andrea Jean Gross Green, 81, was surrounded by her family when she died in Denver, Colorado of natural causes.

Born on August 27, 1940, in Nebraska, Andy was the first child of Pearl and Jerry Gross and sister to Robert. She grew up in Omaha where she attended Central High School before graduating from Northwestern University in Chicago.

She is also survived by her sibling, Dr. Robert Gross (m. Marjie) of Los Angeles, California, her nieces and nephew (Julie Gross, Andrew Gross, Allie Gross, and Caroline Gross), as well as numerous cousins and friends from around the world.

Andy began her professional career as a kindergarten teacher which evolved into a life-long passion for working with children, learning, adventure, crafts, and entrepreneurship. One of Andy’s first business ventures was supporting her husband Irv’s dental practice by designing, writing, and producing office marketing materials—including a direct-mail newsletter called “Bite Wise”. Over time this business expanded into a full-service graphic design and marketing communications venture called ProMar, serving professionals around the Bay Area.

After Irv’s retirement in 1992, the two moved to Asheville, North Carolina where Andy launched a successful travel writing business called Traveltizers. With Irv as head photographer and Andy as creative director and writer, the husband-wife team visited more than 30 states and 15 countries (including Burma, Fiji, Tonga, Bhutan, Malaysia, China, Indonesia, Korea, India, Russia, and Norway), publishing hundreds of articles in magazines and newspapers throughout the U.S.

Writing was Andy’s passion and one of her extraordinary skills. Over the years Andy authored more than 5 books, including Shifting Gears: Planning a New Strategy for Midlife, Good Books for the Curious Travel (vol. 1 and 2), When You Are Ready, and Handcrafted in the Blue Ridge.  She was also a contributing editor for Ladies Home Journal for more than 10 years.

In 2003, Andy and Irv moved to Denver, Colorado to be near their first grandchildren. It was in Colorado where they created Legacy Prose, a company devoted to preserving memories, and passing them to future generations. Legacy Prose grew to include the Children’s Family Story Project which promoted the value of having kids participate in documenting family stories.

But more than anything, Andy is remembered for the impact she had on her close-knit family.  A loving wife for 57 years to Irving, she was passionate, creative, energetic, and full of adventure. As a mother Andy was nurturing and supportive, raising her four young children into responsible, compassionate adults who modeled their families after her own. And as a grandmother Andy relished in creating experiences not unlike the ones she fostered as a young kindergarten teacher: time with “Gramma Andy” and “Nana” was always filled with books, toys, arts & crafts, imagination, baking, laughter, and love.

Her memory will last forever. And her influence will reverberate for generations.

In lieu of flowers, the family asks that donations be made to the Dementia Society of America at P.O. Box 600; Doylestown, PA 18901. https://www.dementiasociety.org/

A virtual memorial celebration of Andy’s life will be held in March. Please contact irv@green99.com for more information.

Visit the Tribute Wall for pictures.